The Tata Group's hospitality firm Indian Hotels Co Ltd (IHCL), which runs the Taj brand of hotels, announced on Tuesday the launch of its new brand, Vivanta, a portfolio of 19 properties across the country in the ''upper upscale'' segment. 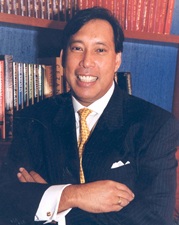 Raymond N Bickson, managing director and chief executive officer, IHCL, while unveiling the new brand in Bangalore, said the second phase of the company's ''rethinking and rebranding exercise'' was aimed at ''rapid expansion of capacity in the key segment.''

Bickson said the creation of the brand follows a similar exercise followed by the company while creating The Taj Gateway portfolio of hotels in the ''upscale'' segment two years ago. ''We have added a new hotel every six weeks in the last seven years and we plan to add 60,000-70,000 rooms in the next seven years,'' Bickson said.

Explaining the rationale for the rebranding exercise, Bickson said, ''Our strategy of ensuring domestic dominance could not have been with just the Taj brand.''

Referring to demand, Bickson said, ''The market is robust, with occupancy rates currently at 62-70 per cent.''