Even as it waits for a full banking licence, India Post has firmed up plans to launch its own automated teller machines (ATMs). The Department of Posts will roll out its first ATMs in three cities on 5 February. 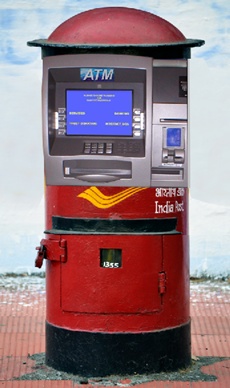 Unlike commercial banks' machines, however, access to the India Post ATMs will be limited to holders of post office savings accounts, who according to the department number more than 26 crore.

''The first of the ATMs would be rolled out simultaneously in New Delhi, Chennai and Bangalore,'' union minister for communications and information technology Kapil said after inaugurating a data centre for the postal department in Navi Mumbai, the satellite city of India's financial capital.

Following this pilot project, the postal department is planning to rollout 3,000 ATMs across the country. About 1,000 machines would be introduced in the first year, and the remaining 2,000 in six months to one year after the initial phase.

According to Gopinath, the Reserve Bank of India permits companies to operate ATMs in a ''closed loop'', and depending on its success the regulator would provide interoperability with other banks. ''We are expecting RBI to provide us inter-operability in six months after commencing the closed loop operations,'' he said.

Earlier, the minister inaugurated a new data centre for the department of posts, jointly setup with Anil Ambani's Reliance Communications at the telecom company's corporate headquarters in Navi Mumbai.

The 3,500 square feet data centre can house 80 racks and has a capacity of 250 terabytes. It also has a 250 TB disaster recovery centre in Mysore.

''This is a milestone in the modernisation programme of the postal department, with services such as insurance, savings bank, speed post and money orders all being computerised,'' Sibal said.