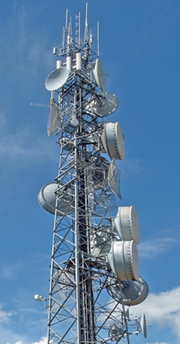 Idea Cellular, India's third-largest mobile service provider, owns and operates about 11,000 towers in the country. But, like other major telecoms, the company, is burdened with huge debt after the expensive spectrum auctions, and is seeking fresh capital for value unlocking.

Idea Cellular, which raised Rs3,000 crore in a qualified institutional placement last year, had consolidated debt of Rs14,000 crore in FY15. The country's largest wireless service provider Bharti Airtel, too, had divested its African towers assets as part of an ongoing de-leveraging exercise.

Idea's net debt to gross operating profit is expected to touch 2.9 in the current fiscal, up from 1.3 in the previous year, according to a recent report by Motilal Oswal Securities.

Axiata, which owns a strategic minority stake in Idea Cellular, is reported to have earlier approached idea Cellular with a proposal to acquire the tower business as part of a move to consolidate tower assets in Asian markets where it owns or operates joint ventures in wireless telecommunication business.

Bharti Infratel, the listed telecom infrastructure unit of Bharti Airtel that manages over 35,000 towers, is sitting on a cash surplus of more than Rs7,500 crore and is chasing acquisitions in India and neighbouring markets.

Similarly, American Tower Corporation (ATC), which owns some 13,000 odd towers in the country, is also looking to expand through acquisitions. ATC was reported to be in talks to acquire Viom Networks, a joint venture between Tata Teleservices and Srei Group with 42,000 towers, and Reliance Infratel, which has 43,379 towers in the country.

Indus Towers, a three-way joint venture between Idea, Bharti Airtel and Vodafone, is the country's largest telecom tower company with over 1.15 lakh towers.

Demand for telecom infrastructure has been rising among service providers who need more and better towers on the back of surging data consumption and rising 4G penetration.