ITC to expand operations into fruits, vegetables and perishables

Diversified conglomerate ITC is entering into the fruits, vegetables and other perishables segment as part of its drive to build an agri-based industry for the future, its chairman YC Deveshwar said on Friday. 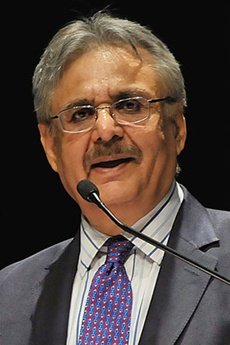 The Kolkata-headquartered firm is also looking to invest in farming of aromatic and medicinal plants. ITC has started working on creating the infrastructure for it and is investing in supply chain.

''ITC has decided to foray into the fruits, vegetables and other perishables segment. This would help address India's massive agri-wastages that deprive farmers of a potentially large income source,'' Deveshwar said in his AGM speech.

India is estimated to lose an estimated Rs92,000 crore worth agricultural produce, of which a large part is perishables like fruits and vegetables, which otherwise can benefit farmers, given the higher remuneration in these value-added categories.

Besides, a higher level of food processing in the economy can create a much larger pull for quality agri-commodities, thereby reducing farm wastages and raising farm incomes.

The company, which has recently launched Frozen Prawns under its ITC Master Chef brand, will soon extend it to pan India. ''These high quality 'Super Safe' prawns leverage ITC's 45-year legacy in exporting to the most exacting markets of the world,'' Deveshwar said.

The company is working in the rural areas with the farmers from the year 2000 through its network of e-Choupal and over 4 million farmers have benefited from this initiative so far.

ITC, which entered the food segment in late 2005, has a presence in biscuits, ready-to-eat foods, confectionery, snacks and packaged food grains. The company currently has 25 mother brands and two of them - Aashirvaad and Sunfeast - have already crossed Rs3,000-crore mark.

He said the rollout of the much-awaited Goods and & Services Tax, the radical step to demonetise high-value currency, the large-scale mobilisation of Jan Dhan Yojana, the Direct Benefit Transfer scheme, the rapid progress in highways and electrification should benefit both business and the consumer.

In fact, he said, several of ITC's century-old businesses relate to farmers and agriculture. This relationship has substantially deepened over the years with ITC's large and growing presence in businesses such as packaged foods, paperboards and paper, education and stationery products and other fast moving consumer goods.