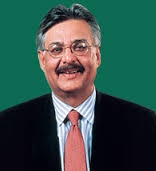 ITC chairman Y C Deveshwar said that this was beginning of a fresh chapter in the long history of the company in West Bengal. All facilities would be world class, he said, adding that if more land was made available to ITC, then the company would set up a cold chain and start manufacturing frozen foods.

ITC would engage more with the farmers of the state, Deveshwar said, adding that it was experimenting with the manufacture of a special variety of seeds which will not absorb moisture. The company is also developing a special kind of potato seed as well.

Deveshwar said that the growing per capita income of the state should attract industry to Bengal.