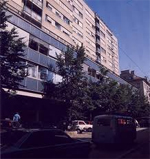 FMCG major ITC yesterday surged past Reliance Industries to emerge as the  most influential stock on the BSE benchmark index Sensex, pushing the energy giant to the second spot.

Evwn earlier in the week ITC had toppled Reliance Industries (RIL) from the top position but its new status proved to be short-lived as it slipped to the second position soon after.

However, the end of the trade saw, ITC command a 9.11 per cent weightage, while RIL had 9.10 per cent, followed by Infosys with 7.99 per cent on the BSE benchmark index Sensex.

The past few days have seen an ongoing game of musical chairs being played out between RIL, ITC and Infosys for the top position on the bourses.

ITC regained the top place in terms of Sensex weightage, which was measured by the value of a company's free-float or non-promoter shares that could be freely traded in the market.