China is mounting pressure on its banks to replace high-end servers made by IBM with a local brand, Bloomberg reported on Tuesday, as tensions between Beijing and Washington rose over cyber espionage allegations, Bloomberg reported. 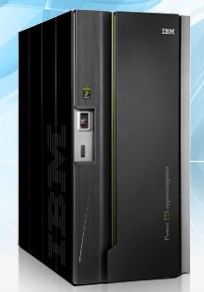 The agency quoted a company spokesman as saying the US technology company was not aware of any such demands by the Chinese government.

IBM spokesman Ian Colley said the company was not aware of any Chinese government policy recommending against the use of IBM servers within the country's banking industry. He added, IBM was a trusted partner in China and had been for over 30 years.

The report, which cited anonymous sources, comes a week following US justice department charging five Chinese military officers of hacking into computers of US companies to steal trade secrets.

On Monday the US was accused by China of "unscrupulous" cyber surveillance including large-scale computer attacks against the Chinese government and Chinese companies.

According to the Bloomberg report the Chinese government including the People's Bank of China and the Ministry of Finance were reviewing whether Chinese commercial banks' reliance on the IBM servers compromised the country's financial security.

Government agencies, including the People's Bank of China and the Ministry of Finance, were reviewing whether Chinese commercial banks' reliance on IBM servers compromised the country's financial security, businesstimes reported quoting four people, who asked not to be identified because the review had not been made public.

According to the site, the action fitted a broader pattern of retaliation after US prosecutors indicted five Chinese military officers for allegedly hacking into the computers of US companies and stealing secrets.

China's government, last week said it would vet technology companies operating in the country, while Financial Times reported on 25 May that China has ordered state-owned companies to cut ties with US consulting firms.