US bans large electronic items on flights from 8 countries

The United States is banning electronic devices from cabin baggage on flights from eight mainly Middle Eastern and North African countries. Reports said the measure would affect nine airlines operating out of 10 airports. 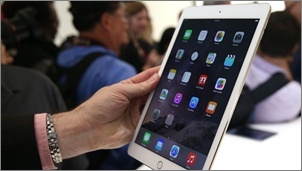 US media reported the order was sparked by intelligence gathered overseas.

The ban will reportedly include all large electronic devices such as laptops, tablets, cameras, DVD players and electronic games, but not phones.

The Department of Homeland Security (DHS) declined to comment on the issue but is expected to make an announcement today.

In February 2016 an aircraft operated by the Dubai-based carrier Daallo was damaged by an explosion shortly after take-off from the Somali capital, Mogadishu. Investigators said a passenger who was sucked out of the plane had been carrying a laptop bomb.

The pilot managed to land and the alleged bomber was the only fatality. Had the device gone off at cruising altitude the plane would almost certainly have been destroyed.

The Islamic militant group al-Shabab, which is linked to al-Qaeda, claimed that it was responsible and the possibility of further such attacks is apparently what is now concerning American spies.

But, as ever with matters of intelligence, officials are reluctant to go into detail about exactly why the ban is being proposed.

That means travellers being asked to trust the US government when it says that this inconvenience is vital for their own safety and - at present - trust is a commodity which is in very short supply, the BBC points out.

The Transportation Security Administration (TSA), which is part of Homeland Security, also refused to comment.

A formal list of the airlines affected has yet to be released, but an official speaking to the Associated Press said it would apply to the following 10 airports in eight countries:

Officials said the ban had no end date. AP reported that airlines would not be officially informed of the ban until 07:00 GMT today.

But Royal Jordanian Airlines tweeted on Monday that it would ban passengers from carrying on most electronics to and from its North American flights, CNN first reported.

The Jordan-based carrier said that starting on Tuesday, it would only allow phones and medical devices on its flights. All other electronics would be "strictly prohibited". The airline said that laptops, tablets, DVD players and electronic games must be checked with baggage.

The new ban has been under consideration for several weeks, according to US media.