Boeing to source $600mn worth aerospace products, services from Indian cos

Bangalore: With the first of the P-8I variants of the P-8A Poseidon long-range marine patrol and anti-submarine warfare aircraft set for delivery to the Indian Navy by 2011, US aerospace and defence giant Boeing Co. may also have placed orders for aerospace structures and aviation electronics products with seven domestic firms as part of its offset obligations under the contract. These orders, worth at least $600 million, or Rs2,941 crore, would constitute thirty per cent of the $2.1 billion contract secured by Boeing early in January this year for the supply of eight P-8I reconnaissance planes to the Indian Navy. 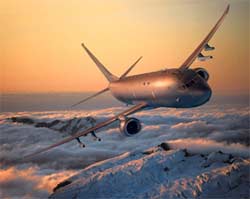 While the first will be delivered in 2011, remaining deliveries will be completed through 2015.

Boeing India officials have reportedly said that even as the offset strategy was being worked out the areas of likely cooperation would be  avionics and aero-structures.
Reports suggest that BEL may be involved with the supply of communication equipment, radars, electronic warfare systems and contract manufacturing.

Offset requirements necessitate that foreign companies source at least 30 per cent of the value of the contract of more than Rs300 crore from local firms.

Lockheed Martin had earlier secured a contract for the supply of six C-130J transporters for the Indian Air Force. It is not clear if the offset obligations were applicable on this deal.

Industry body Assocham estimates that India may have entered into deals worth $30 billion for the import of arms by 2012. If so, this would translate into offset arrangements worth at least $10 billion for the local industry.