Private Lisbon company orders up to 105 planes to service 1,000 airports

A new private aviation company, Jet Republic, which is headquartered in Lisbon, has announced that it has placed a firm order for 25 new Bombardier Learjet 60 XR aircraft.

Jet Republic plans to fly to over 1,000 European airports from next summer onwards. The aviation company has with options on 85 more Learjet planes. 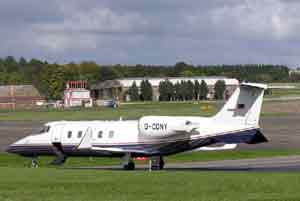 The company is financially backed by Vienna based Euram Bank, and has the substantial backing of a consortium of Jet's clients. All Jet Republic flights would have in-flight wireless connectivity and flight attendants.

Under the Share Ownership program, owners can purchase or lease a fractional share of a Learjet 60 XR by paying only for a share equal to the hours they need, starting at 50 per year. At the end of the contract, it offers a buyback option.