Bangalore: Refusing to accept the decision of the Union government to operationalise the new Bangalore airport at Devanahalli and to shut down the old HAL airport from 23 May, a citizen's body says the government is showing undue haste in the matter. It points out that the decision to operationalise has been taken even as the Karnataka High Court is on vacation and unable to hear a public interest litigation already filed regarding this matter. 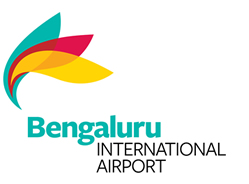 It is BCCF's plea that closing the decades-old airport is against public interest as it would affect investment and employment in Bangalore, dubbed India's Silicon City. They also claim that the concession agreement has to be renegotiated as air traffic to the city has grown nearly four times since it was signed.

The Bangalore International Airport Ltd (Bial) announced on Friday that the new airport at Devanahalli will become operational from 23 May, following receipt of formal approval from civil aviation regulatory officials.