After three failed attempts, a group of lenders led by the State Bank of India has finally managed to sell Kingfisher Villa in Goa to actor-businessman Sachin Joshi, for Rs73 crore, reports said on Friday. 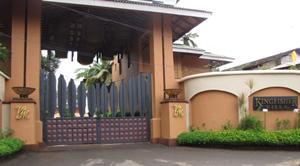 The Goa property of the disgraced businessman Vijay Mallya, which was taken over by creditors to his now-defunct Kingfisher Airlines after he failed to repay the loans he took for airline.

The banks had failed to auction the property on three earlier occasions as no bidders had turned up.

Also, the previous reserve prices of Rs85.29 crore and Rs81 crore but the sprawling beach bungalow in Goa where his celebrity friends spent 'good times' with him failed to attract investors. This forced the lenders to reduce the reserve price to Rs73 crore.

Vijay Mallya is now facing extradition in the UK and the sale of the property is part of banks' attempts to recover Rs9,000 crore loan that included interest money from his defunct Kingfisher Airline.

Mallya had taken loans to start and run Kingfisher Airlines that has long been grounded as had gone bankrupt.

The report said that actor-producer and businessman Sachin Joshi's Viiking Media & Entertainment has purchased the property for Rs73 crore and has paid Rs1 lakh extra to fulfill some terms and conditions.

"The prime property is located in Goa's Candolim and had become legendary for the parties that the high-flying Mallya threw at the villa," the report said.