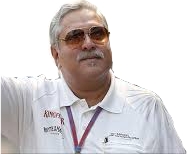 A group of banks have told the Supreme Court that they have rejected businessman Vijay Mallya's offer to repay Rs4,000 crore, less than half of what his defunct Kingfisher Airlines owes them.

The consortium of lenders, led by State Bank of India (SBI), informed the court this morning that they had met on 2 April to discuss Mallya's offer.

The banks told the top court that for meaningful negotiation to take place, Mallya needs to be present.

They also said they have rejected a second offer on Wednesday. Details of that offer were not immediately available.

Kingfisher, which ceased operations in October 2012, owed the consortium of 17 mostly state-run banks, Rs9,091 crore including interest and fees as of last November.

Mallya has been ordered today to tell the court how much money he can deposit with it to prove that he intends to make a meaningful settlement. The Supreme Court said he must file his response by 21 April and that the banks have to respond to that by 25 April.

The court also said that allya must indicate when he will be present in court.

Mallya, 60, flew to London last month, and has refused so far to return for interrogation to Mumbai (See: Mallya tracked to mansion near London, opposition irate).  His lawyers say that he has spoken to his lenders via video conference, which means he is available and not absconding.

It was through a video call that Mallya offered to pay Rs4,000 crore by September, with another Rs2,000 crore if Kingfisher wins a lawsuit seeking damages from a plane engine-maker.

The court will hear the case again on 26 April.