A consortium of 17 lender-banks to the failed Kingfisher Airlines filed a contempt application with the Karnataka High Court against the airline, its promoter Vijay Mallya, and parent group United Breweries Holding Ltd for allegedly violating an undertaking given to the Debt Recovery Tribunal (DBT) to neither deal with not alienate unencumbered assets. 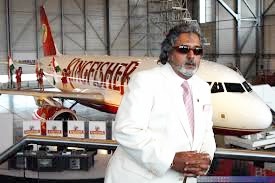 Chintan Chinappa, counsel for the consortium, submitted an application before a bench comprising Justice N K Patil, claiming Mallya had violated the undertaking given to the DRT on unencumbered assets and went ahead with creating pledges.

Justice Patil has given notice to Mallya and two other group companies, and has posted the matter for later hearing.

The beleaguered airline owes over Rs7,000 crore to the banks. The consortium has initiated recovery proceedings on the basis of the underlying assets used as collateral, which includes real estate and stock holdings in multiple group companies.

As the application came up for hearing before the High Court, Chinappa submitted went ahead and created pledges on his assets in violation of his undertaking.

Taking cognisance of the complaint, Justice Patil ordered notice to Mallya and two other companies in contention and posted the matter for another day.

In February 2013, bankers publicly stated they had lost faith in the management's ability to revive the company.