US allows Boeing, Airbus to sell planes to IranAir

The US yesterday lifted its ban on sale of planes by western aircraft manufacturers to Iran, which needs hundreds of new aircraft. 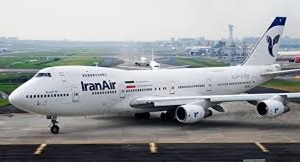 Airbus and Boeing have been granted licenses to deliver planes to Tehran by the US Treasury department.

The decision comes as a boon not only for the two companies but also for Iranian politicians keen to expand the country's engagement with the world after the lifting of sanctions linked to Iran's nuclear programme, say commentators.

According to a spokesman for Boeing, the license covered the sale of 80 planes to Iran's national carrier, Iran Air (See: Post-sanctions Iran moving fast to upgrade civil aviation).

Airbus confirmed receipt of license for an initial sale of 17 planes, that formed a larger deal that involving a total of 118 planes.

With the sales set to go ahead, Iran a country of 80 million, would be able to start rebuilding its aging fleet of Boeing and Airbus planes and other secondhand aircraft acquired clandestinely from other countries.

In the past four decades, hundreds of Iranians had died in crashes caused by malfunctioning or poorly maintained aircraft.

''From today, we will have safe planes,'' president Hassan Rouhani of Iran promised in January when the accord between Iran and six world powers, including the US, became fully operational.

The initial sales would likely lead to deals worth some $50 billion, according to commentators.

Yesterday's announcements came as Iranian and US leaders are in New York for the United Nations General Assembly and demonstrate that the outgoing administration of president Barack Obama was honouring the economic terms of the nuclear pact.

European airplane manufacturer Airbus announced the license from the US Treasury's Office of Foreign Assets Control early yesterday, while Boeing came out with its own announcement later in the day.

Though Airbus is not US based, it needed the approval of the US Treasury as the manufacturer sources at least 10 per cent of components from the US.