US aircraft leasing and transportation finance firm CIT Group said on Tuesday said it has agreed a deal for Rolls-Royce Trent 7000 engines to power 15 Airbus A330-900neo planes it recently ordered. 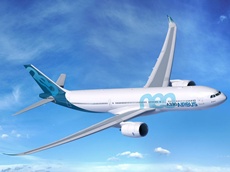 ''As one of the largest aircraft lessors in the world, we are pleased to be able to once again partner with Airbus on the newest variant of the A330, as well as their A320 program,'' said Jeff Knittel, President of CIT Transportation & International Finance.

''These new aircraft will allow CIT to maintain one of the youngest and most technologically advanced fleets in the industry, while providing fuel efficient aircraft solutions to our customers though a range of sizes and categories of aircraft,'' CIT stated in a release

''We are delighted to see CIT, one of the leading aircraft lessors in the world, stepping up to become one of the first customers for our recently launched A330neo. This is a strong guarantee that our newest, most cost-efficient, medium range Widebody aircraft is set to become yet another Airbus best-seller,'' Fabrice Brégier, Airbus president and CEO, said.

The A330neo incorporates latest generation Rolls-Royce Trent 7000 engines, aerodynamic enhancements and new cabin features. Benefitting from the unbeatable economics, versatility and high reliability of the A330, the A330neo reduces fuel consumption by 14 per cent per seat, making it the most cost efficient, medium range widebody aircraft on the market, says Airbus.

In addition to greater fuel savings, A330neo operators will also benefit from a range increase of up to 400 nautical miles, as well as all the operational commonality advantages, Airbus adds.

All A321-200ceo aircraft will have the option to feature fuel-saving Sharklets – lightweight composite wingtip devices that offer 4 per cent fuel-burn savings. This environmental benefit gives the airline the option of extending its range up to 100 nautical miles/185 kilometers or increasing payload capacity by some 1,000 pounds/450 kilograms.