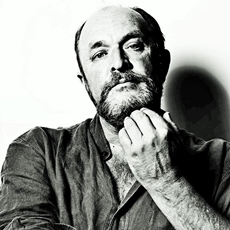 He has been the recipient of many awards including the Thomas Cook Travel Book Award, the Wolfson Prize for History, the Duff Cooper Memorial Prize, the Hemingway Prize and the Vodafone/Crossword award for non-fiction.

In this interview with Swetha Amit, he talks about the inspiration behind Kohinoor and what made the Kohinoor so sought after despite the ill luck associated with it.

What inspired a book on the Kohinoor which is considered as the World's most infamous diamond?
Well there were a few reasons actually. Both Anita Anand (co-author of this book) and I realized that the Kohinoor was the backland of our previous books. I had written about it in Return of the King, and she had written about it in her biography of Maharaj Ranjit Singh's granddaughter, Sophia Duleep Singh.  We felt that since we had invariable covered some chapters of this diamond history, it would be a good idea to write a book on the Kohinoor together.

We then realised that there was not much known about this diamond.  Everyone was making wild claims including Pakistan, Iran, Sikhs, Afghanistan and even the Taliban. But no one actually did spade work to find out what the history of the diamond really was. It's amazing that such a famous subject was in dispute and we realised that we had a very important tale to tell.

So, without taking sides and by distinguishing facts from fiction, we have presented a factual and well-researched history of this diamond.

Writing this book on facts and figures would have involved extensive research. How did you go about the research?
The book is divided into two parts. I worked on the first part till the death of Maharaja Ranjit Singh, while Anita worked on the latter half of the book, which took on from Duleep Singh. Both of us have done a lot of spade work in our previous books as I had mentioned, and we used resources from there.

However, there were certain gaps which had to be filled about this diamond. For instance the first stark reference to the Kohinoor came in Nader Shah's reign where one of the eyewitnesses said that they had seen it on the head of one of the peacock thrones. But nothing was known about it before that. So I had to do a lot of research to get some resources around Nader Shah.

In your book, you have drawn similarities between the Syamantaka gem and the Kohinoor stating that the quest and possession of both these stones led to ill luck. Despite the adverse effects of both these gems, what do you think made them so sought after?
Well, yes, the Syamantaka gem is a story associated with Lord Krishna in the Bhagavat Purana. It was given by the Surya, the Sun God, to one of his devotees. The latter's brother takes it to the forest and is killed by a lion, which is again killed by a bear. Then Lord Krishna comes and fights for it to clear his name of being an accused murderer of the king's brother and ultimately returns it to the rightful owner.

So, there was this desire to own this gem so much that it led to a lot of killings and bloodshed. I suppose it was greed, which led many to seek after these gems.  Diamonds are a symbol of power and pride. Hence many were even willing to resort to extreme forms of violence to claim ownership over these gems.

Diamonds are usually considered auspicious by Indians. Yet the Kohinoor diamond seems to have brought ill luck to those who owned it?
Well that is clearly not in the case of the Puranas as they have mentioned how the Syamantake gem is a cursed one. There exist a lot of astrological cautions about certain stones where some are slated to bring ill luck. While some stones can be auspicious, not all of them are.

Personally, if you ask me, I have a pretty rationalist view about this, with no superstitions as such. Of course owning a valuable item or a gem is bound to attract a lot of envious eyes.  Now say, if I walk around with an enormous 500-dollar bill in my hand on the streets of New York, there will be quite a few who might resort to any measures in order to get their hands on it.

Factors like ambition and greed, which were associated with the Kohinoor have resulted in destruction and these elements still find their place in the modern day scenario as well. How do you think one should avoid succumbing to such adversities?
Well we are all ambitious for ourselves and for our families. Each of us want to do well in life. But I think every individual needs to draw that fine line. They need to ensure that they find peace of mind, which I think is very important. It's not easy but certainly not impossible.

Coming back to your book, there seems to be a gap in the historical understanding of the Kohinoor, which had led to much misinformation and theories. Would you say that your book is a sort of guide to understanding the actual facts about the Kohinoor for the future generations?
Absolutely. In fact that's the idea behind this book. People seem to have their own half-baked theories with regards to the Kohinoor Diamond without having proper facts. Our aim was to write these facts in a clear manner so that the future generation will get the actual picture and story behind this diamond.

Lastly what can we expect from William Dalrymple next? Any more books in the pipeline?
I am actually in the middle of a project working on about how the East India Company took over India. It's a long and complicated story and should be out in a year.