In quest of a legendary Diwan's legacy to three princely states 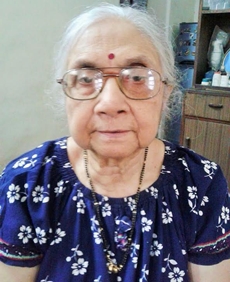 Great-great-granddaughter of the legendary Diwan of three princely states, T.Madhava Row, Urmila Rau Lal is a medical biologist. After graduating from Aligarh Muslim University, Lal worked as a research assistant at the Rockfeller Foundation's virus research centre, now renamed National Institute of Virology, at Pune. She was appointed as a senior scientific officer, in the ministry of defence and has worked at the Armed forces Medical College, Pune and later was posted as Senior Scientific Officer at the Defense Research Laboratory (Materials) Kanpur and has worked on a research project with World Health Organisation.

Recipient of numerous prestigious fellowships, Lal set out to chronicle her legendary great-great-grand father's legacy as the Diwan of the princely states of Travancore, Indore and Vadodra. In this interview with Swetha Amit, she talks about her extensive journey in researching this biography.

What inspired this monumental initiative of researching a biography on your great-great grandfather, late Sir Thanjavur Madhava Row?
It has been a long journey for me in the past nine years that I have spent in piecing together and tracing the ancestry of my great great grandfather Diwan Sir Thanjavur Madhava Row. No doubt, it has been a labour of love and I enjoyed every bit of the journey through the corridors of history and biography that I had to pass through encountering many people, archives, archaeological relics including the descendants of the royal families in the three states of Travancore, Indore and Baroda, whom I had the privilege of interviewing at their respective places of residence.

All the interviews with them proved to be very informative and helped me in compiling the past of my ancestor. It gave me an insight into the administrative functioning of the royal governments in those states where my great-great-grandfather Diwan Sir Thanjavur Madhava Row, headed the royal administration.

Diwan Sir Thanjavur Mahdava Row was known for his sharp administrative acumen, which helped him in the governance of these princely states.

I have dedicated this book to the memory of my late father, Capt Ramchandar Lakshman Rau (Retd). He had several years ago initiated me into into the writing of a biography of Diwan Sir Thanjavur Madhava Row. He himself had earlier attempted to gather information about the great man and put it together including a piece that had not been published.

This information depicting the Maharashtrians who had migrated to the south of India along with our ancestor, came in very useful to me when I finally got down to the writing of this book. I picked up the threads of the information from where he had left and incorporated these in my book.

Unfortunately he could not complete this work in the form of a biography, as he passed away before that.

The Nehru Memorial Museum and Library, New Delhi, which has a collection of my late father's writings on various other related subjects approached me to write this biography as an 'oral history' audition, which they took from me in Pune several years later, in July 2007 after the death of my father, who became a journalist by profession of the old times, and wrote on various topics. Hence I thought that there could be no better tribute to my late father than to write this biography and make it see the light of day.

Penning down such a biography would have required extensive research of information, facts and interviewing people. How did you go about this entire process? How well were the records and archives maintained? Being a student of science, it must have been challenging to pen a biography on history?
Certainly yes. Being a student of science primarily, it was an uphill and arduous task for me. Reorienting my mind-set to writing historical facts was no doubt a difficult task. Being a science student, the obtaining, framing and penning down historical facts is a difficult procedure as compared to the writing of a scientific paper / treatise where one bases the facts on experimentation and results. For historical work one has to delve into the annals of history, authenticate facts, analyse figures, etc,.

In order to frame my mind towards grasping facts, figures and dates I had to search extensively in libraries, archives, archaeological sites, historical monuments, and the like. I took this up as a challenge and started on my long search for facts and figures. The royalty of these three states were very helpful and encouraging and went out of their way to help me seek and find material from their historical treasure houses for me. For instance, the Maharaja of Indore threw open the doors of his palace and personal library to me, where I spent hours scanning through books, and other historical layouts which were of immense value to me in the writing of my book. I spent hours dragging into days, going through all this valuable material and taking extracts for inclusion in my book.

You have asked me as to how the records and archives were maintained by me. I took extracts, penned them down, took recordings and interviews, etc. I have them all stored in my computer. This information I could conveniently transfer to the contents of my book.

I have to say that the Kerala Archives and the Archaeological Department of the Kerala Government were extremely helpful in collecting facts and figures related to the governance of my ancestor in that state.

Late Sir T Madhava Rao, during his reign, showed that good governance and administration could be achieved with single-handed efforts and managed to create an impact in three princely states.  Why do you think this kind of governance could not be carried forward into modern India?
Good governance and administration was achieved with a single-handed effort that managed to create an impact in three Indian states. The same system of governance could have been easily carried out in modern India. However, the warring factors that exist today in the running of the government at large prove to be a deterrent to the system, if adopted.

However, as I have mentioned in my book, the system of governance that was initiated by Diwan Sir Thanjavur Madhava Row specially in the state of Baroda where he had his last tenure as Diwan, this was perhaps the greatest contribution that he made in Baroda by training and supervising the education of the future ruler of Baroda, the great Maharaja Sayajirao Gaekwad III (1881 AD to 1939 AD) who was a legend in his life time. The transformation of a young boy into a ruler whose accession to the 'throne or gaddi'  marked the beginning of a long illustrious rule and a milestone in Baroda's history is the stuff that legends are made of.

The Regency Council took special care in grooming the young ruler to assume the responsibility of administering the Princely State of Baroda. It was at the end of this grooming that he was initiated in the art of administration by Diwan Sir Thanjavur Madhava Row (1875 AD to 1882 AD). Diwan Sir Thanjavur Madhava Row, was also a member of the Regency Council. His instructions, which were in the form of a series of talks on each of the government departments and policies reflect the distinct wisdom of his long experience as the Diwan.

His guidelines are compiled in the form of a book titled Minor Hints (published by the British India Press, Mumbai and reprinted by Sahitya Mudranalaya, Ahmedabad, Gujarat).

It is interesting to note that in this year, the seventieth year of our Independence, to have heard our prime minister mention in his address to the Nation on 15 August 2016, certain rules, regulations, laws and other administrative reforms that have been made in the 'past' and are being implemented in today's governance of the country. He mentioned about the efficient running of the postal system and the judiciary. This has been highlighted in my book under Diwan Sir Thanjavur Madhava Row's tenure in Baroda, wherein I have mentioned that he carried out the running of these two facilities in those government very efficiently.

The reader is requested to go through the tenets of my book dealing with governance and the institution of the various acts of guidance outlined by me on his book Minor Hints.

Education was given immense importance during his reign, especially women's education, where professors from foreign countries were brought in to teach students in India. Over the years how do you see the evolution of education in India?
Yes. education was given immense importance during Diwan Sir Thanjavur Madhava Row's tenure in the states of Travancore, Indore and Baroda. He especially emphasized on women's education on a priority basis. The reader is advised to go through the chapters concerning education specially women's education, with reference to Augusta Blandford and the Zenana Movement, which was initiated during his tenure.

Coming back to your journey of penning down this book, did you get to visit some of these places governed by your late great grandfather during your childhood or any time post that?
Yes. Very much so. Not only did I visit the three states of Travancore, Indore and Baroda, during the course of my researching of material regarding these states, but I also went back to them after completing the first proof of my book, so that all facts were properly authenticated. This I did by creating a rapport between the royal families of the three states. They were extremely cooperative and threw open to me doors of information and material which I was privileged to use for my book.

I request the reader to see the photographs that I have included in my book. These depict the figures of royalty and other persona associated with the writing of my book. Also there are photo copies of portraits by Raja Ravi Varma the famous artist, whom Diwan Sir Thanjavur Madhava Row had mentored. This has been mentioned in my book.

The photographs show the places that I have visited during the course of writing my book. However I did not get an opportunity to visit these three states during the my childhood. The conception of writing about my great great grandfather came only when I was in my '70s.

Penning down a book full of historical facts must have been an intriguing experience, especially about someone related to you whom you have never met. What are your expectations from the books and the message that you intend to leave behind for readers?
My message to the readers of this book is that the present scenario being what it is to follow in the footsteps of Diwan Sir Thanjavur Madhava Row for the efficient governance and administrative acumen that the great man possessed and practiced. The rest I leave to time and tide as it flows.