A Journey into the CEOs' office spaces 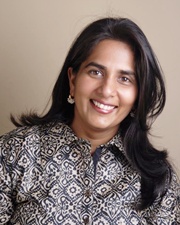 Aparna Piramal Raje is a regular columnist for the Mint, India's second-largest business daily and the UK's Financial Times Weekend, on business and design, workplaces, cities and urbanization.  She has also co-authored a comprehensive report on the Indian design industry for the Confederation of Indian Industry, and has worked as a television anchor for a leading business news channel.

In this interview with Swetha Amit, she discusses about the concept of work space designs and its impact on the leadership styles of different CEOs

Working Out Of The Box is a fascinating portrayal of work spaces and working styles of different CEOS. What led you to this innovative idea for a book?
I had already been writing for the Mint for about a year before we started this column on work space design. Since the concept of design, interiors or architecture is usually not associated with business, we wanted a way to introduce design to the business audience. So we decided to feature CEOs and study their work spaces.

Initially the stories were about design and space but as we progressed we realised that there were a lot of leadership stories emerging from it. So that's how we brought in a connection between leadership styles, management and work space design.  I personally think work places tell a lot about the working styles of different people and it's interesting to study that.

What do you think your readers, especially upcoming corporate professionals, can learn from your book on the unique concept of works space designs?
There are quite a few things that readers can benefit from my book. The first is to get an understanding and insight into their own leadership styles. At the beginning of the book, I have talked about different work styles in a template. Just by reading that, they will get an understanding about the style that resonates with the person that they are.

Secondly, for a reader who is an architect or interior designer, they get a better understanding of the client they are working for, with regards to what their personal energy centres around and how they function. Such inputs will enable them to design the workspace of their respective client accordingly.

The third thing is that while there have been design books in the past which have focused on work spaces, very few have explored the office space of CEOs. Now that I found to be a novel concept, which is what I have explored in my book.  When a person is trying to build businesses of different sorts, it's interesting to understand the way they manage their personal energy which reflects on their success as a leader.

I have managed to cover a range of companies' right from start-ups, NGOs to commodity businesses and also explored the old and new world of doing business.  My objective is that everybody from different walks of life should be able to find something in my book that resonates with them and also enable them to understand the kind of person that they are and how they work.

You have mentioned about how some work spaces have remained the same while others have opted for a change of design or location. Did this change impact the working styles of the respective leaders?
Each office works in four different ways  - one way is to focus on nourishing, other on building organizational capital, third on communicating a brand value and fourth is resourced to sustain environment. So the role these aspects play in terms of leadership is quite distinct.

For instance if a CEO is a person who is more reserved and wants his private space, then he is using that work space to nourish his personal energy.  Some leaders dwell on spirituality and they have got that spiritual feeling in their work spaces.

Similarly a lot of young companies stress on brand values. The workplace is used as a strategic asset to help in nourishing the personal energies of leaders and their businesses as well which they use in a highly strategic manner. So even when offices shift to a different location, the leadership and managerial styles of these CEOs tend to remain the same. 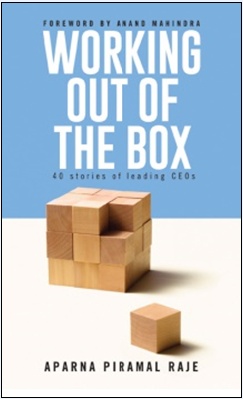 You have talked about the importance of working environment in extending an individual's shelf life. What do you think should be done to make working conditions more sensitive and suitable especially for the aged and differently-abled individuals in a country like India?
For the aged people a lot of things need to be taken into consideration. Furniture has to be intact and usable, lighting has to be better as a person who is 60 years requires more lighting than a younger person. Provision needs to be given to them in case they need to take some short breaks.

For instance one of the leaders I talked about in my book is the late Captain Nair. He had the habit of taking a short nap post lunch, for which one has to make provisions accordingly. Now if these aged people are CEOs, then it becomes easier to design their work spaces accordingly. Otherwise these aspects must be kept in mind while designing work spaces for them.

Your book mentions how some leaders like Ajay Piramal and Kumara Mangalam Birla emphasised on spirituality with regards to their work spaces and even placed shrines.  How did this emphasis on spirituality affect their working styles?
This emphasis on spirituality certainly helped them adopt a calm frame of mind while working. But it was not just because of the presence of the shrines alone. It was also the overall atmosphere which they created, which was calm and peaceful.  They dwelt on the principle of focusing on their duty and not unduly worry about the consequences. So while these statues and pictures did enhance that holistic atmosphere, they were not the sole factor.

There is an interesting note on partnerships, where you have said how people tend to communicate more regularly with someone sitting six feet away as compared to someone 60 miles away. However, intoday's digital age, do you still feel that physical proximity plays a crucial role?
There was an interesting research by the Harvard Business School which reported than even engineers who share a physical office are bound to stay in touch with people around them than those who worked elsewhere.

Also, with regards to partnership, you have mentioned how some of the work spaces were designed in a way where partners sit facing one another to promote a sort of an open culture. Now given the inevitable distractions, how does one ensure that it doesn't impair productivity and focus?
This sort of open style working is called 'desking' in Europe and you have people sitting on long benches and working without any barriers. However research has shown lately that this is not how people are supposed to work and that they should go back to the cabin setting.

However in India, we are gradually working towards an open office culture. While it helps in reducing hierarchy and encourages people to speak freely, it also comes with its own set of challenges. As you have mentioned, it gives room for distractions and hampers productivity.

One way to address this drawback is to ensure that people are given spaces where they can go and gather their thoughts, concentrate and focus for a brief period. Also separate rooms for meetings must be allocated.

You have said that workspaces are a good starting point to understand the reasons for the success of companies like WPP and Google. Would you say that there is a strong correlation between the design of the work space and the success of its company?
I would say that it's one of the reasons but not the only reason for the success of a company. Other attributes like management style and business strategy also play a crucial role in success besides the design of the work space.

However I would still say that workplace design is a good parameter to measure whether the company is doing well or not. I am not necessarily saying that these office spaces need to be lavish as most of these CEO offices, which I visited were not always lavish, though they were quite spacious.  I strongly believe that if a company does not invest in their work place in the right manner, then it's a wasted opportunity.

Now after the success of Working Out Of The Box, what do you plan next?
Well my column will certainly continue, so hopefully there will be more additions in the future. I am just working on some ideas for new books and new columns but nothing is finalised as yet.