Decoding the mind of an engineer 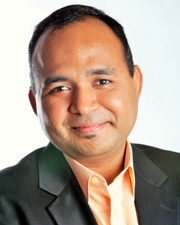 Guru Madhavan is a biomedical engineer and senior policy adviser. He conducts research at the National Academy of Sciences and has been named a distinguished young scientist by the World Economic Forum. In this interview with Swetha Amit, he talks about his book Applied Minds and discusses whether engineers make good managers, and the impact on technology on the world

Applied Minds is an insightful read which explores the way engineers think. What triggered this theme for your book?
My goal was to take the readers on a journey through the mind-of an engineer. Ever since I became an engineer, I often wondered how this particular mind-set can be communicated and constructed across different cultures.

I wanted to focus on the aspects of what one can learn from the engineer's mind-set and also highlight the human dimension of engineering, which is often overlooked.

So, this book is an ode to engineering and about the celebration of being an engineer.

Being a bio medical engineer yourself, how did you maintain objectivity while penning down Applied Minds?
Good engineers have the ability to balance both the subjective and objective elements of any situation. The object of engineering is to pursue the truth and understand how things work.  It's about opening your mind to see the larger picture and eliminating any unnecessary compound. That's the way we work. So adopting this approach helped me maintain objectivity while penning down Applied Minds. This is despite the fact that there were several personal stories involved, some of which were heart-breaking as well.

Your book talks about how engineers tend to view problems as opportunities rather than obstacles. What is it about the mind of an engineer that is engineered to ascertain this particular thought process?
That's a good question.  Often engineers are referred to as problem solvers. However, that does not complete the entire picture of them as mathematicians are also problem solvers.

The difference between the latter and engineers lies in the fact that engineers design a range of solutions that make an effect on other subsequent networks as well.

There are three basic components that enable engineers to transform problems into opportunities - First, the brain structuring ability. Second, the unique ability to comprehend under constraints, and third, the  ability to make continuous judgements, which we call trade-offs that help in balancing one's priorities.

The structured trade-offs is what enables engineers to transform problems into opportunities. It's basically just understanding the system at large and breaking it down to smaller components. This is what I called the modular system thinking.

In the chapter that talks about Laurers creation of the bar code in grocery stores to prevent errors in billing, it is mentioned how customers cannot forgive machines for committing errors. Facing such added pressures while designing these bar code machines, how do engineers still manage to maintain their rationality and logical reasoning over psychological stress that is bound to prevail?
I have talked about the aspect of designing under constraints in my book. Constraints could be anything from financial, physical and social to psychological.

We engineers are taught and trained to design under these constraints. In fact, the late Dr Kalam has stated that minds are ignited to the fullest only when put under constraints.
It is a fact that when things are functioning smoothly, people do not think much about us. Its only when a malfunction occurs, we are judged harshly and blamed for these technical snags.  But I think that's a good thing as it adds a lot of responsibility on the product that we create.

Only when they have defects we learn to create better. There have been instances of numerous failures in the past when aircrafts were being designed for the first time. Today they are taken for granted as they are functioning smoothly.

The approach we adopt is to do our best irrespective of the outcome, learning from the defects and create a better outcome. It's a continuous process. Therefore engineering is just not about technology, it's the grand story of continuation.

You have stated how an engineering mindset is portable across many sectors and is effective for individuals and groups. If that's the case, why do many engineers opt to move into management areas instead of continuing in the technical field?
Well that's an interesting question, considering how this phenomenon is especially taking place in India. An engineering education gives one that sense of direction, strategy and the confidence of being able to achieve something.

It offers a global platform for different career pathways. In management it's more of soft skills and dealing with human issues which is more complicated than dealing with issues related to coding or programming.

So, this engineering background benefits one to adopt a systematic and logical thought process while dealing with people and society. So I would say it's a positive and a good sign if engineers are becoming managers.

Engineers are usually perceived to be introverts who lack sensitivity and listening skills, as mentioned in one of your chapters.  Going by this stereotype, do you think engineers could make good leaders or managers?
There have been research papers which have stated that engineers are not very social. However, I would say that they are more reflective and tend to think of things on a long term basis.  They have a tendency to step back and analyse the situation dispassionately, which is often misconstrued as lacking social skills.

A lot of business leaders in India and Silicon Valley have a background in engineering. Every one of them may not be a crowd pleaser but they possess requisites like reliability and are quite dependable.

By creating long lasting and durable products for the benefit of people, engineers do exhibit sensitivity in their own manner. 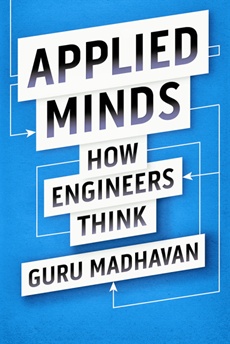 Unfortunately engineers haven't thought much about this as they are only used to dealing with technical challenges and those issues seeking practical solutions.

What they don't realise is that human behaviour, which can be unpredictable requires a different approach altogether. That's the reason why I feel that the systematic approach can end up being a liability at times.

We need to understand that in India especially, engineering has a fantastic opportunity to be applied in social contexts as well which can be beneficial in the long run.

Engineering has made it easier for humans to build complicated and advance systems to such an extent that it has become hard to understand simplicity. How do you see the implications of this rapid development in technology on society and people?
There has definitely been a drastic transformation in a lot of aspects of our lives such as the way we make friends for instance.  A few years ago we were informed about the era of human system integration and now we are in the thick of things.

It's certainly a complicated scenario, where one hand people cannot do without technology and yet on the other hand mull over those 'simple' good old times.

It's a fine line we are treading. We are forcing our brain to adapt to forces that we have never experienced before. I think we are getting better at creating complex systems at the cost of not understanding simplicity anymore. I think there should be a good balance between both the worlds.

Several examples of how technology has benefited and transformed society, mentioned in your book, are illustrations mainly from USA and the western world. Do you foresee such revolutionized occurrences coming from developing nations such as India which provides a huge base for engineers?
Yes definitely. In fact I hope to write a book someday citing illustrations from India as shining examples. India has the capacity to come up with some ingenious solutions.

Now if you just look at the Indus Valley Civilization, there has been some impeccable planning at the basic stages and provisions for navigation. This is a display of some unbelievable structural engineering. India has a huge potential to go on the map going forward. We just have to look back and draw inspirations from what our forefathers did with ancient cities like Mohenjodaro and Harappa.  If that happens India can truly demonstrate what a great leader it has always been.

Lastly, after Applied Minds, can one expect any more books from you?
Yes. In fact I am in the process of working on some ideas. My next book will be on engineering as that's the subject I know most about.