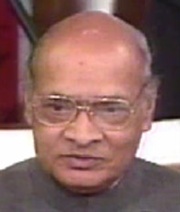 Back in late 1991, the then Prime Minister Narasimha Rao had asked for a telling report from the Intelligence Bureau (IB). He wanted to know which of his Congress MPs were against which specific economic reform.

The IB replied with a detailed note listing the four major kinds of economic reforms that the Rao government had unveiled: ''i. Liberalization of trade and commerce, decontrol of industry; ii. liberal entry of multinationals, foreign investment; iii. privatisation / dilution of public sector; iv. reduction of fertilizer subsidy and agricultural policy.''

It then lists the names of all Congress MPs - in the Rajya Sabha and Lok Sabha - who were against each of these measures:

There were 55 MPs against the liberalisation of trade policies, including seven ministers such as Balram Jakhar and Madhavrao Scindia.

22 MPs were against a Congress-BJP understanding on reforms, including Arjun Singh and Digvijaya Singh.

The IB report shows just how committed Rao was in pushing through reforms. He wanted to gauge the temperature of his own party - the biggest opponent to liberalisation - and act accordingly.

These and other revelations, culled from exclusive access to cartons of Rao's private papers as well as interviews with over a 100 people, form part of the forthcoming book, Half-Lion: How P V Narasimha Rao Transformed India (Penguin Random House India)

Rao's ability to outmanoeuvre opponents of liberalisation was central to his reinvention of India. Apart from IB surveillance, Rao deployed several other tricks in dealing with the Congress. He repeatedly claimed that liberalisation was just an extension of Nehruvian socialism.

During Congress Working Committee meetings, when Congressmen protested against economic reform, Rao hid behind the technocratic image of the incorruptible Manmohan Singh, pouting silently while the finance minister was the target of attack. Most skilfully, both Rao and Manmohan referred to economic reforms as a fulfilment of Rajiv's vision. They were successful, says an Indian Express report.

Sonia herself said during the 125th anniversary celebrations of the Congress: ''Rajivji did not stay with us to see his dreams being realised, but we can see reflections of his thoughts in the party manifesto for the 1991 elections. That became the basis for economic policies for the next five years.''

Half-truth
Nothing could be further from the truth. The 1991 manifesto of the Congress makes no mention of genuine liberalisation; instead, its carefully worded sentences only promise to make the licence-raj more efficient.

The book chronicles in detail how the blueprints for reform were available to four prime ministers before Rao, including Rajiv. These leaders were unable to navigate the politics of reform and lost the opportunity. As one of the draftsmen of the new industrial policy, Rakesh Mohan, says, ''I would give credit to Rao for his unwavering political backing''.

Along with having to outmanoeuvre the Congress, Rao had to deal with obdurate Opposition parties. As the BJP today embarks on next-generation reforms, it is important to note that the party was against many aspects of liberalisation in the 1990s. For example, after the 1 July 1991 rupee devaluation - something that Manmohan Singh pushed for - A B Vajpayee called it a ''drastic step'' while party spokesman K R Malkani said it would ''compound the already critical economic situation''.

Narasimha Rao, half-lion, went out of the way to meet and charm Opposition leaders. He would routinely send his bureaucrats to brief them. The book shows how he craftily ensured that the Opposition National Front and BJP seldom united against him.

The other adversaries of reform Rao had to handle were business groups fearful of foreign competition. In Rao's archives, lies a light brown folder. Though no name is given, on the cover, in Rao's neat handwriting, is the word ''Dhirubhai''.

The document inside makes a case for solving India's financial crisis, not through liberalisation, but by selling off public sector companies to local businessmen. This idea would be tried out in Russia a few years later. The privatisation of state assets there would descend into crony capitalism.

Perhaps aware of this concern, Rao refused to undertake much PSU disinvestment in his five years as prime minister. He also refused to give in to pressure and prevent foreign competition. Instead, Rao chose to assuage the short-term concerns of industrialists.

For example, soon after the 1991 budget, Rao's appointment diary shows he met Dhirubhai Ambani twice, on July 26 and again on August 16. His emissaries to corporate India - Amar Nath Varma and P V R K Prasad - were deployed to soothen the nerves of corporates, all without ever altering long-term policy.

What is astonishing was the extent to which Narasimha Rao micro-managed economic reforms. Though he had never held an economic ministry before becoming prime minister, he was a quick learner. His archives, for example, contain booklet-size drafts of the new industrial policy, with copious notes by the curious prime minister. While Manmohan Singh and principal secretary Amar Nath Varma proved loyal lieutenants, there is no doubt who was leading the charge.

The most consequential example of Rao's micro-management was his role in the mobile phone revolution. By 1994, the government of India was actively considering a telecom policy to deal with the emerging cell-phone technology. Narasimha Rao - who collected electronic gadgets and in his spare time fixed computers - took a personal interest.

He underlined each policy draft with comments on the side. The key debate was whether foreign and private players should be allowed. Rao's telecom minister Sukh Ram seemed to oppose this, but Rao was unwavering. When a note on the telecom policy was sent to him stating, ''We are going to put a condition that they should go to rural areas also'', Rao replied with understated wit in the margins of the note, ''Who goes to rural areas? The phones or foreign operation personnel?''

In July 1995, when the first mobile phone call was ready to be made, Narasimha Rao could have so easily taken credit. Instead, he receded into the background while cleverly co-opting his political rivals. He let Sukh Ram revel in the glory of India's first mobile phone call. On the other line was Rao's implacable opponent, the CPI (M)'s Jyoti Basu.