India moves WTO against US import tariffs on steel, aluminium

India has moved the World Trade Organisation (WTO) challenging the 10-per cent higher import duty slapped by the United States on aluminium and 25 per cent duty on steel imported by the US.

India's stand is that it in no way deserves to be saddled with the 10-per cent higher import duty on aluminium and 25 per cent on steel as it neither poses a security threat to the US nor has it remained unresponsive to the bilateral trade imbalance. 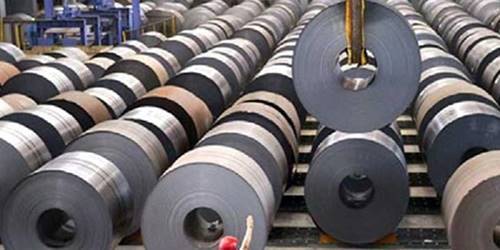 A WTO website note said India has requested the establishment of a dispute resolution panel under Article 21.5 of the Dispute Settlement Understanding (DSU) mechanism against United States imposing countervailing duties on certain hot-rolled carbon steel flat products.
India has been forced to move the WTO as the US refused to roll back the higher duties on steel and aluminium imports from India. India has also sought discussions on adequate compensation for the losses arising from the tariff impost.
Commerce ministry officials said the decision to approach the WTO was taken after India’s attempts to sort out the matter bilaterally with the US did not yield results.
New Delhi is keeping its options open, although it hopes to sort out the issue with Washington at the consultation stage — the first stage in filing a dispute at the WTO — without having to request for a dispute settlement panel to fight out the matter.
If the higher duties on the two items are not rolled back, India has the right to seek compensation as per WTO rules.
In its submission to the WTO Committee on Safeguards, India said it considered the US measure (of raising import duties on steel and aluminium from select countries) to be an emergency action / safeguard measure within the Agreement on Safeguards.
“In accordance with Article 12.3 read with Article 8.1 of the Agreement on Safeguards, India seeks to exercise its right to consult on the specifics of the measures and its right to determine appropriate trade compensation with the US,” the submission added.
The Agreement on Safeguards entitles a member to seek an extension of a safeguard measure or seek a substantially equivalent level of concessions and other obligations, including trade compensation, with a right of retaliation if no compensation can be agreed upon.
India reserves the right to raise additional issues and make further arguments during consultations, the submission added.
China, which too featured in the list of countries penalised with higher duties on import of steel and aluminium on 23 March, announced higher tariffs on a number of items imported from the US in retaliation.
US has rolled back countervailing duties imposed on products from countries like Canada, Mexico, the EU, Australia, Argentina and South Korea, which were on the original list of targeted partners.
MORE REPORTS