Crude oil prices rallied a bit during the trading session on Thursday, ahead of the results of the Organisation of Petroleum Exporting Countries (Opec) meeting, only to fall on Friday in Asia, after the Opec and non-Opec oil producers agreed to increase output cuts by nearly 50 per cent in early 2020. 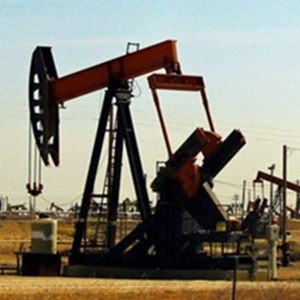 US Crude Oil WTI futures traded 0.3 per cent lower to $58.27 by 12:29 AM ET (04:29 GMT). International Brent oil futures were down 0.4 per cent at $63.15.
On Thursday, the WTI crude oil market rallied slightly during the trading session in anticipation of the Opec meeting results. Market analysts say that with the WTI crude facing resistance at $60 a barrel, the possibility is that oil may settle around that level.
The move is widely seen as aimed at boosting the initial public offer (IPO) of Saudi Arabia’s state-owned oil producer Saudi Aramco and price it at the top of its indicative range.
Some market participants believe the market is approaching the top of an important range above which it needs more stimulus to push ahead.
Opec+ agreed to raise output cuts by another 500,000 barrels per day (bpd), but the move failed to make any immediate impact on prices as the cuts would be effective only through the first quarter of 2020.
This is a too short a timeframe for the production cut to have any impact on prices although some Opec ministers had called for extending cuts until June or December 2020.
Saudi Arabia has threatened to flood the market if the other members don’t abide by any production cuts. At this point, it’s very likely oil is to drop from here.
As things stand, the talk of output cut seems to be a mere move to bolster Saudi Aramco’s IPO and to ensure compliance. Also, details of the agreement will need to be hammered out at an Opec+ meeting that starts in Vienna later today.
State-owned Saudi Aramco priced its IPO at the top of its indicative range to raise $25.6 billion.
Aramco set its IPO at 32 riyals ($8.52) per share, which is the top of its indicative range. The stocks will be listed on the Tadawul, Saudi Arabia’s local stock exchange, and begin trading on 12 December.
MORE REPORTS