The Covid-19 pandemic caused by the surging Wuhan virus has undermined economic prospects of most developing and underdeveloped countries, even as an improved access to vaccines since the April 2021 and better healthcare facilities have positioned the rich and developed countries well on the path of recovery, says the latest edition of the World Economic Outlook (WEO) forecast, released by the International Monetary Fund (IMF) on Tuesday. 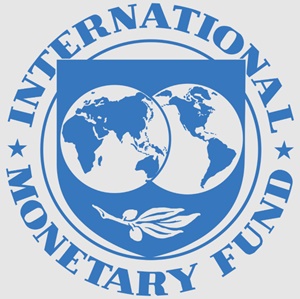 The IMF report maintained its 6 per cent global growth forecast for 2021, and even upgraded its outlook for the United States and other rich nations even as it cut estimates for developing countries struggling with the unending threat of the SARS-CoV2 virus.
India, which has struggled with a massive second wave of the Wuhan virus infections this year, is now forecast to grow at 9.5 per cent in 2021, a three percentage reduction from the earlier forecast of 12.5 per cent. IMF also lowered its 2021 forecast for China by 0.3 percentage point, citing a scaling down of public investment and overall fiscal support.
On the other hand, the IMF raised its forecasts for the United States, to 7.0 per cent in 2021 and 4.9 per cent in 2022, up 0.6 and 1.4 percentage points, respectively, from its April forecasts.
The projections assume the US Congress will approve President Joe Biden's roughly $4 trillion in proposed infrastructure, education and family support spending, largely as envisioned by the White House.
The IMF also raised its growth forecast for the global economy to 6.0 per cent citing positive spillovers from US spending plans, and expected progress in vaccination rates.
The biggest upgrade has gone to Britain, which, the IMF now forecasts to also grow 7 per cent, against the previous forecast of 5.3 per cent, due to better adaptation to Covid-19 restrictions.
The euro zone also saw a 0.2 percentage point upgrade for 2021, while Japan saw a 0.5 percentage point cut, reflecting higher infections and tighter restrictions in the first half of the year.
The gains made by the rich could also be attributed to continued fiscal support by governments, a measure that emerging economies found difficult to implement, the IMF said in its update to the World Economic Outlook.
"Close to 40 per cent of the population in advanced economies has been fully vaccinated, compared with 11 per cent in emerging market economies, and a tiny fraction in low-income developing countries," Gita Gopinath, the IMF's chief economist, said during a news conference.
"Faster-than-expected vaccination rates and return to normalcy have led to upgrades, while lack of access to vaccines and renewed waves of Covid-19 cases in some countries, notably India, have led to downgrades," she said.
The IMF report says that recent price pressures for the most part reflected unusual pandemic-related developments and transitory supply-demand mismatches and that inflation is expected to return to its pre-pandemic ranges in most countries in 2022 once these disturbances work their way through prices, though uncertainty remains high. Elevated inflation is also expected in some emerging market and developing economies, related in part to high food prices.
There is, however, a risk that transitory pressures could become more persistent and central banks may need to take preemptive action, it adds.
Financial conditions could tighten rapidly, for instance from a reassessment of the monetary policy outlook in advanced economies if inflation expectations increase more rapidly than anticipated. A double hit to emerging market and developing economies from worsening pandemic dynamics and tighter external financial conditions would severely set back their recovery and drag global growth below this outlook’s baseline, the report points out.
IMF has called for multilateral action for diminishing divergences and strengthening global prospects. The immediate priority is to deploy vaccines equitably worldwide.
Financially constrained economies would need unimpeded access to international liquidity, the report said. The proposed $650 billion General Allocation of Special Drawing Rights at the IMF is set to boost reserve assets of all economies and help ease liquidity constraints, it added.
The report also cited a $50 billion IMF staff proposal, jointly endorsed by the World Health Organisation, World Trade Organisation, and World Bank, provides clear targets and pragmatic actions at a feasible cost to end the pandemic.
But any multilateral action would require reinforcement of national-level policies tailored to the stage of the crisis that help catalyse a sustainable, inclusive recovery, it added.
MORE REPORTS