Six months after it filed for bankruptcy protectio, German high-end television maker Loewe AG yesterday said that a consortium of investors will buy most of its assets. 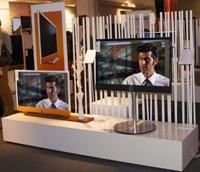 Loewe did not disclose the financial terms of the sale, but said that the investors include the family business owners, former management from Apple and Bang & Olufsen.

Its bankruptcy protection involved a restructuring plan that was supervised by an administrator appointed by a court.

As part of the deal, Loewe's headquarters would move from Kronach to Munich, and nearly 150 jobs would be cut from the remaining 550 employees.

In 2008, brought out a new digital television where non-system end devices could be connected to a flat screen television set, and in 2010, it introduced the Mediacenter, a futuristic entertainment networking system for the entire home.

Japanese electronics company Sharp is its largest shareholder with a stake just under 30 per cent.

Loewe posted fiscal 2012 loss of €29 million on revenues of €250 million. Over half of the company's turnover is generated on the international market, with the largest growth countries being Austria, Benelux, France and Switzerland.

Despite having excellent elegant and futuristic looking products under its portfolio, the company has not been able to sell its products well in the international market.

Last May, web blog AppleInsider reported that technology giant Apple had made a $113-million buyout offer for Loewe. Though no such bid was tabled, but the story gained credence since Apple has long been rumoured to be working on launching an interactive TV. (See: Rumours of bid by Apple sends shares of German luxury TV maker Loewe zooming)