The board of Securities and Exchange Board of India (Sebi) at its meeting on Thursday approved a framework for companies to issue differential voting rights (DVR) shares. 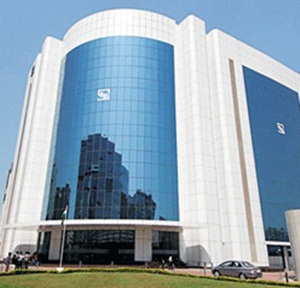 Sebi noted an increasing demand for the need to enable issuance and listing of shares with differential voting rights, commonly known as DVRs in India. Such shares have rights disproportionate to their economic ownership.
Sebi board approved a framework for issuance of differential voting rights shares along with amendments to the relevant Sebi Regulations to give effect to the framework.
Under the framework approved by Sebi, a company having superior voting rights shares (SR shares) would be permitted to go for an initial public offer (IPO) of only ordinary shares to be listed on the main board, subject to fulfilment of eligibility requirements, and provided that the issuer company  is a tech company (as per the  definition  in  Innovators Growth Platform, ie, intensive in the use of technology), such as information technology, intellectual  property, data  analytics, bio-technology or nano-technology  to provide   products, services or  business platforms with substantial  value addition.
The SR shareholder should be a part of the promoter group whose collective net worth does not exceed Rs500 crore. While determining the collective net worth, the investment of SR shareholders in the shares of the issuer company shall not be considered. The companies must make sure that:
SR shares shall also be listed on stock exchanges after the issuer company makes a public issue. However, SR shares shall be under lock-in after the IPO until their conversion to ordinary shares. Transfer of SR shares among promoters shall not be permitted. No pledge/ lien shall be allowed on SR shares.
SR shares shall be treated at par with the ordinary equity shares in every respect, including dividends, except in the case of voting on resolutions. The total voting rights of SR shareholders (including ordinary shares), post listing, shall not exceed 74 per cent.
Companies having SR shareholders shall be subject to enhanced corporate governance as follows:
Post-IPO, the SR equity shares shall be treated as ordinary equity shares in terms of voting rights (ie, one SR share shall have only one vote) in the following circumstances:
SR shares shall be converted into ordinary shares on the fifth anniversary of listing. The validity can be extended once by 5 years through a resolution. However, SR shareholder would not be permitted to vote on such resolutions.
SR shares shall compulsorily get converted into ordinary shares on occurrence   of certain events such as demise, resignation of SR shareholders, merger or acquisition where the control would be no longer with SR shareholder, etc.
Henceforth, issue of fractional rights shares by existing listed companies shall not be allowed. The need for allowing issue of fractional rights shares by listed companies may however be reviewed after gaining enough experience with the use of SR shares, Sebi said.
The board, while approving the amendments, considered the recommendations of the Primary Market Advisory Committee (PMAC) and the public comments on the Consultation Paper.
MORE REPORTS