Market regulator Securities and Exchange Board of India (Sebi) has accepted most of the recommendations of the Kotak Committee, which suggested various measures to improve governance standards of listed Indian firms. 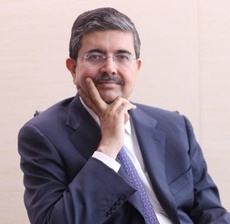 The 21-member Committee on Corporate Governance headed by banker Uday Kotak was constituted by SEBI in June 2017. It was given four months to submit its recommendations.
The approved recommendations include splitting of the role of chief executive officer, managing director, and chairperson of the top-500 listed firms from April 2020, besides reducing the maximum number of directors in a listed firm from 10 to 8 by April 2019 and bring it down to 7 a year later, according to a Sebi statement.
The Sebi board which met in Mumbai today considered the Kotak Committee recommendations and the public comments thereon and decided to accept several recommendations of the committee without any modifications.
Accordingly, the maximum number of listed entity directorships will be reduced from 10 to 8 by 1 April 2019 and then to 7 by 1 April 2020.
The eligibility criteria for independent directors will  be expanded on the lines suggested by the committee while the role of the audit committee will be enhanced to improve oversight.
The committee has suggested enhanced role for the nomination and remuneration committee and risk management committees.
Companies will have to disclose utilisation of funds from QIP / preferential issue and disclose auditor credentials, audit fee, reasons for resignation of auditors, etc, besides the expertise / skills of directors.
Companies will have to give detailed information on related party transactions (RPTs) and related parties to be permitted to vote against RPTs.
Also, disclosure of consolidated quarterly results will be mandatory with effect from FY 2019-20.
The committee has recommended enhanced obligations on the listed entities with respect to subsidiaries while making secretarial audit mandatory for listed entities and their material unlisted subsidiaries under SEBI LODR Regulations.
The Sebi board also decided to accept several recommendations with modifications, which included minimum 6 directors in the top 1000 listed entities by market capitalization by 1 April 2019 and in the top 2000 listed entities, by 1 April 2020.
There should at least be one  woman  independent  director  in the  top  500  listed entities  by  market capitalisation by 1 April 2019 and in the top 1,000 listed entities by 1 April 2020.
Separation of CEO/MD and chairperson will be initially made applicable to the top 500 listed entities by market capitalisation from 1 April 2020. The quorum for board meetings will be one-third of the size of the board or 3 members, whichever is higher in the top 1,000 listed entities by market capitalisation by 1 April 2019 and in the top 2000 listed entities by 1 April 2020v.
Top 100 entities will have to hold AGMs within 5 months after the end of FY2018-19, ie, by 31 August 2019 and webcast of AGMs will be compulsory for top 100 entities by market capitalisation from FY 2018-19.
Shareholder approval (majority of minority) will be needed for royalty / brand payments to related party exceeding 2 per cent of consolidated turnover (instead of the proposed 5 per cent).
The  Sebi board  decided  to  refer  certain  recommendations  to  various  agencies  (ie, government, other regulators, professional bodies, etc), considering that the matters involved relate to them.
Such recommendations, inter-alia, include strengthening the role of ICAI, internal financial controls, adoption of Ind-AS, treasury stock, governance aspects of PSEs, etc. Sebi had constituted the Committee in June 2017, under the chairmanship of Uday Kotak to make recommendations to Sebi for improving standards of corporate governance of listed entities in India.
The  committee  was  represented  by  different  stakeholders, including  the  government,  industry,  stock  exchanges,  academicians,  proxy  advisors, professional  bodies,  lawyers, etc. The committee submitted its report detailing several recommendations on 5 October 2017.
The suggestion to split the top leadership roles was aimed to “sharpen the distinction between governance of boards and management of companies”, Uday Kotak, chairman of the panel, had said earlier.
Sebi also turned down 18 recommendations of the Kotak Committee.
MORE REPORTS