NSE, MCX to move Sebi with merger proposal this month

The National Stock Exchange (NSE) and the Multi Commodity Exchange (MCX) are in talks aimed at a merger that would help NSE and MCX cement their leadership position both in the equities and commodity derivatives space. 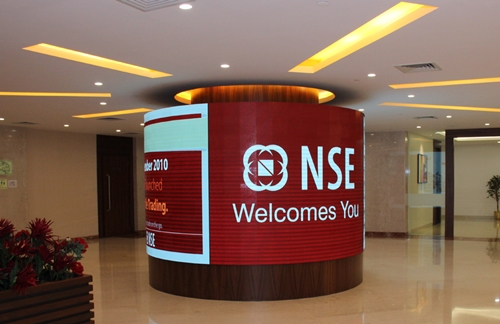 The move comes ahead of the implementation of the universal exchange framework in October.
The two entities are planning to approach market regulator Securities and Exchange Board of India (Sebi) this month, according to an NSE official.
The merger will help NSE and MCX cement their leadership position both in the equities and commodity derivatives space.
The two exchanges are ready with a blueprint for the proposed merger, which will be discussed with Sebi officials, sources said, adding that NSE had entered talks with the commodity bourse soon after the market regulator allowed exchanges to dabble both in the equities and commodities space.
The decision was taken by the Sebi board at its December 2017 meet.
“We will not comment on market speculations,” a spokesperson of NSE said.
NSE already has a strong hold in equity and index derivatives segments and wants to be leader in the commodity space as well.
The commodity futures market in the country is still evolving and has great opportunity to develop in the current scenario. The first mover will have market dominance and this will help bring in economies of scale, say sources.
NSE enjoys a dominant position in the equity and derivatives market while MCX has a near-monopoly with a 90-per cent share in commodity derivatives market. A combination of the two will create an Indian market leader with control of both equity and commodities markets.
Reports quoting sources said the talks, however, are preliminary in nature and the details are yet not known.
NSE had a market capitalisation Rs40,000 crore in December 2017 while MCX had a market capitalisation of Rs3,700 crore. Since then, the valuation has increased further thanks to a good uptick in trading volumes.
Market experts say the merger could be a win-win for both exchanges as competition is set up intensify post October as all existing bourses will look to foray into new segments.
Rival BSE has also announced plans to enter into commodity derivatives trading and has offered incentives to its members to start commodity derivative trading under same membership.
The NSE is also ready with its commodities plan but is yet to come out with details.
MCX will face tough competition from the equity exchanges, which arguably have much superior technology and client base. However, MCX will need huge capital if it wants to aggressively foray into the equities space.
The merger, if materialises, will require approvals of the shareholders and creditors of both the exchanges. It would also require a principal nod from Sebi and later National Company Law Tribunal (NCLT).
NSE currently holds 15 per cent stake in NCDEX, a commodity bourse. Experts say the exchange may have to divest this stake if the MCX proposal goes through.
MORE REPORTS