The Securities Appellate Tribunal (SAT) has lifted a trading ban imposed on J Kumar Infraprojects and Prakash Industries by the Securities and Exchange Board of India (Sebi) and directed bourses to reverse the decision to suspend trading in these scrips. 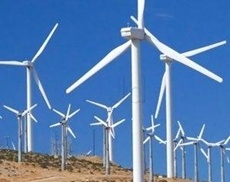 The two stocks will be allowed to trade in a price band of 20 per cent.

While passing the order, SAT observed that Sebi decided to act on a list provided by the ministry of company affairs on 6 July without investigating whether the 331 companies were ''shell companies'' or not. Instead, nearly after two months, Sebi directed the stock exchanges to suspend trading of these securities.

''...the very fact that Sebi took nearly two months to comply with the directions given by the MCA clearly shows there was no urgency in issuing the impugned communication without even investigating the credentials / fundamentals of those companies,'' read the SAT order.

Counsels of both J Kumar Infraprojects and Prakash Industries argued that Sebi issued the communication without giving a hearing.

Sebi asked  bourses to restrict trading in the 331 notified companies to once a month as they are suspected to be ''shell firms''. Subsequently, trading was suspended on the scrips from Tuesday.

Both these companies moved SAT challenging the Sebi decision (See: J Kumar Infra, Parsvnath Developers move SAT against `shell company' tag). The companies, however, said they will cooperate with Sebi and provide the documents required to prove their genuineness.

Besides J Kumar Infraprojects and Prakash Industries, the list features some major companies like Parsvnath Developers and Kavit Industries.

Gujarat-based Kavit is a manufacturer and supplier of edible oil, while Parsvnath Developers is a Delhi-based real estate company.