Oil prices fell on Tuesday after US President Donald Trump proposed the sale of half the country's strategic oil reserves, even as producer cartel Opec and its allies cut output to tighten the market. 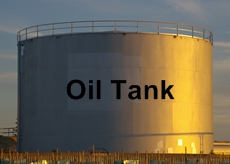 However, according to The Australian, prices are likely to rise again as the Opec cuts continue. The Organisation of Petroleum Exporting Countries and other participating producers will meet on 25 May and are expected to extend the period of the cut from just the first half of this year to all of 2017 and the first quarter of 2018.

The White House budget plan would gradually sell off half of the nation's emergency oil stockpile to raise $16.5 billion from October 2018, documents released on Monday showed. It also suggested opening up more production in Alaska.

The budget, which will be delivered to Congress today, is meant as a proposal and may not take effect in its current form. But it reveals the administration's policy hopes, which include ramping up American energy output.

Any large release of US strategic reserves would jolt oil markets, where Opec and other producers, including Russia, have pledged to cut output by 1.8 million barrels per day (bpd) in order to tighten the market.

The US strategic petroleum reserves (SPR) are the world's biggest, standing at around 688 million barrels, a week's worth of global oil demand.

Releasing reserves would add supplies to already high and rising US production of 9.3 million bpd, not far off levels of top suppliers Saudi Arabia and Russia.

The White House move comes after Goldman Sachs warned of "risks for a renewed surplus later next year if Opec and Russia's production rises to their expanding capacity and shale grows at an unbridled rate".

Demand may also slow. The Organisation for Economic Co-operation and Development (OECD) said that quarterly GDP growth in the OECD area decelerated sharply to 0.4 per cent in the first quarter of 2017, compared with 0.7 per cent in the previous quarter.