India looks to roll out 5G telecom services by 2020

A panel set up by the Department of Telecom to prepare a roadmap for the rollout of 5G telephony in India has recommended roll-out of the service by 2020.While the US is likely to be the first country to deploy 5G services later this year, or in the first quarter of 2019, India may roll out 5G services  by 2020, the panel suggested. 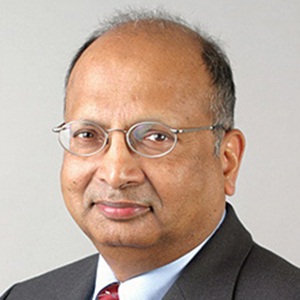 In its report submitted to telecom secretary Aruna Sundararajan on Thursday, the nine-member steering committee headed by Stanford University professor AJ Paulraj recommended releasing additional spectrum for operationalising 5G services.
The report, Making India 5G Ready, also suggested that the government should announce its 5G policy by the end of December, besides setting up a standing committee to advise on building the infrastructure for spectrum technology.
According to the report, 5G services would have a cumulative economic impact of over $1 trillion on the Indian economy by 2035.
While globally, 5G technologies are expected to evolve to a full range of services by 2024, the report said, by acting early to embrace the 5G opportunity, India can accelerate the dividends and potentially also become an innovator.
On the financial side, the committee has suggested a broad planning estimate of Rs300 crore for the first year, Rs400 crore for the second, Rs500 crore in the third year, and Rs400 crore in the fourth.
“The 5G programmes will require funding by the government. At present, there are only national figures available. The actual funding requirements can only be finalised once well-defined project proposals with budgetary justifications are submitted to DoT,” the committee said in its report.
The government had, in September 2017, set up a high-level forum to draw a roadmap for 5G services in India, which was followed by a steering committee.
The steering committee has also made suggestions on regulatory policy, education and awareness promotion, application and use case labs, participation in international standards, development of application layer standards and major 5G trials.
The roll-out of 5G services would require enormous amounts of radio spectrum and the committee has suggested significantly enhancing spectrum allocation for public wireless services across sectors to realise digital infrastructure as a core utility under Digital India.
Also, the cost of spectrum relative to per-capita GDP is high and it is important that India builds a more favourable spectrum policy in the 5G era, it suggested.
“The cost of spectrum relative to per-capita GDP is high. It is important that India builds a more favourable spectrum policy in the 5G era. The economic impact of 5G is expected to be over 1 trillion dollars,” the report said.
The committee wanted the government to announce its spectrum policy for 5G services by 31 December, and issue necessary notifications. It has also suggested setting up another standing committee to advise on building spectrum technology infrastructure for the next five years.
MORE REPORTS