India is expected to have the second-largest Internet user base of 402 million by December 2015, overtaking the US, but behind China. 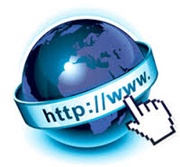 At present, China with 600 million internet users is the leader in terms of users, according to a study by the Internet and Mobile Association of India (IAMAI) and IMRB International.

India's internet user base will post a 49-per cent growth over last year, even as 375 million people used the internet in October 2015, it said.

''Clearly, internet is mainstream in India today. And the large internet users base is definitely a good news for the overall growth of the digital industry,'' the report, Internet in India 2015, said.

In India, males contribute to about 71 per cent of internet usage, while the remaining 29 per cent are women.

Internet usage among males has been growing at 50 per cent and 46 per cent for females.

However, in urban India, the ratio between male to female internet users is 62:38. Significantly, users among females are growing at a rate of 39 per cent compared to 28 per cent among males, it added.

According to the report, about 32 per cent of the users are college going students followed by 26 per cent young men. Among the female internet users, the highest growth has been among the non-working women.

This daily user base has gone up by 60 per cent from last year. However, the high frequency usage is not restricted to only the youth and the college going segment; accessing internet daily is prevalent among other demographic segments as well including older men and non-working women.

About 75 per cent of the working women access the net daily.

In rural India the user base of mobile internet users is expected to reach 87 million by December 2015 and 109 million by June 2016.

The report also reveals that out of all the internet non-users surveyed in the 35 cities as part of this study, 11.4 million non-users are willing to access the net in the next one year and over two-third of them intend to do so through mobile phones.