Smartphone-makers should focus on basics not gimmicks: poll

Consumers would rather have their smartphones do the basics well than offer gimmicky features that are unlikely to get much use, a survey by UK-based price comparison service and switching website uSwitch Tech reveals. 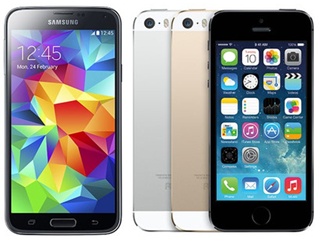 Lately, phone-makers have rushed to differentiate their handsets with attention-grabbing functions such as Samsung's eyeball-tracking technology and Apple and HTC's biometric security.

However, while those features might make for emotive ads (Apple's Sam Mendes-helmed Siri 'voice commands' TV spots), they're way down customers' list of priorities when it comes to choosing a handset.

Instead poll respondents named 'ease of use' as their number-one concern, with 29% of the vote. Not too far behind was reception (19%) , battery life (11%) and apps (10%). Conversely, just 3 per cent look primarily for quirky, unique features.

The extent to which Siri and Samsung's SmartScreen, which lets you scroll through pages using your eyes alone, and its ilk are regarded as extraneous was underlined by the study's finding that 66 per cent of those polled admitted they never use eyeball tracking-based features.

A further 55 per cent confessed they never use voice commands, while 32 per cent whose phones are protected by fingerprint recognition never use the feature.

Ernest Doku, telecoms expert at uSwitch.com, said, ''It's becoming increasingly hard for smartphone makers to differentiate their handsets from those of their rivals.

''They hope that flash features like Fingerprint ID on the iPhone 5S, or Amazon's Fire Phone and its 'Dynamic Perspective' display, will give their phones the edge. However, our research shows that many Brits can spot a gimmick from a mile away.

''It's actually the basics that affect the every day user experience – like long battery life and a robust design – that people really care about.''

The survey also disclosed that long battery life is likely to make 89 per cent more likely to buy a smartphone. A waterproof body and zoom camera lens would sway 67 per cent and 66 per cent of the sample respectively.