South Korean electronics giant Samsung overtook Apple to become the world's biggest shipper of smartphones between July and September, according to a report from UK-based business research firm Strategy Analytics. 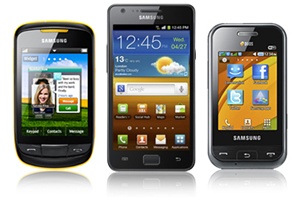 Samsung, the maker of the Galaxy line of smartphones, shipped 27.8 million units in the third quarter of 2011, while Apple fell to second place, shipping only 17.1 million smartphones, followed by Nokia with 16.8 million.

With the latest data, Samsung holds a 23.8 per cent share of the global smartphone market, while Apple holds 14.6 per cent and Nokia 14.4 per cent.

Strategy Analytics said that the global smartphone shipments in the third quarter grew 44 per cent from a year earlier to reach a record 117 million units. Samsung saw the biggest growth over the past year, when it shipped 7.5 million smartphones last year compared to Nokia, which fell from 26.5 million shipped last year to 16.8 million this year.