GTL Infrastructure Ltd and Reliance Communications have agreed on an over Rs50,000 crore (over $11 billion) merger transaction to create the world's largest independent telecom infrastructure company. 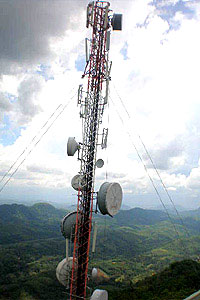 The merged entity will neither be owned nor controlled by any of the telecom operator. This transformational deal will be implemented through a demerger of RInfratel's tower assets into GTL Infra.

The announcement came before start of trading hours today.

Though the terms of the financial deal were not revealed, the combined operations would have an enterprise value of over $11 billion and will have more than 80,000 towers, with more than 125,000 tenancies from over 10 operators.

According to reports, Manoj Tirodkar, GTL Infrastructure chairman, would own more than 30 to 35 per cent of the combined tower business and Ambani's Reliance will own 26 per cent with shareholders in the two companies holding the remainder.