Coal to replace oil as world's top fuel by 2020 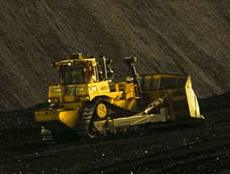 The trend is largely attributed to demand in China and India, two of the world's fastest-growing economies. Both will need to rely on the comparatively cheaper fuel to power their economies. Meanwhile coal demand in the United States, Europe and the rest of Asia will hold steady, the study says.

Global coal consumption is expected to rise by 25 percent by the end of the decade to 4,500 million tonnes of oil equivalent, overtaking oil at 4,400 million tonnes, Woodmac said in a presentation at the World Energy Congress.

"China's demand for coal will almost single-handedly propel the growth of coal as the dominant global fuel," said William Durbin, president of global markets at Woodmac. "Unlike alternatives, it is plentiful and affordable."

China - already the top consumer - will drive two-thirds of the growth in global coal use this decade. Half of China's power generation capacity to be built between 2012 and 2020 will be coal-fired, said Woodmac.

"Renewables cannot provide base load power. This leaves coal as the primary energy source," he said.

Power infrastructure provider Alstom estimates that across Asia close to half of the 600 gigawatt of new power generators to be built over the next five years will be coal-fired.

"Coal prices are low," Giles Dickson, a vice president at the company said, according to a Reuters report. He pointed out that coal is about one-third of the price of liquefied natural gas (LNG) in Asia and about half of the gas price in Europe.

Abundant supply is also supporting demand for coal. The traded volumes of coal will increase by a further 20 per cent by 2020, Dickson said, including supply of lower grade coal from Indonesia, Australia and South Africa.

"As the lower grade coal comes into the market, further downward pressure on prices will further drive demand," he said.

Excess supply and faltering demand growth have depressed global coal prices this year. European coal futures have tumbled more than 20 per cent, while Australian coal prices have plummeted from the record $130 per tonne hit in 2011 to around $80 per tonne as China's demand grew slower than expected.