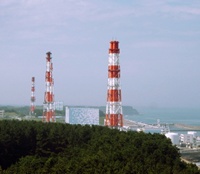 As parliament approved the plans, Shinzo Abe, the prime minister, told cabinet ministers, "The world is watching to see if we can carry out the decommissioning of the Fukushima nuclear power plant, including addressing the contaminated water issues.''

The radiation levels measured in the pipes and containers holding water at the nuclear plant, crippled by the earthquake and tsunami disaster in May 2011, was seen to have spiked over the weekend.

But Tokyo Electric Power Co (Tepco), in charge of the plant, said only a single drop of the highly contaminated water escaped the holding tanks. It expressed confidence that it can provide safety for workers dealing with the problem.

The announcement of the government's latest intervention could be timely for its prestige, as the International Olympics Committee will later this week choose the host city for the 2020 games from a short list of Tokyo, Madrid and Istanbul.

Government plans include the creation of a wall of frozen earth around the reactors in order to prevent ground water from contacting contaminated water, while treatment systems will also be upgraded.

At the heart of the problems at the Fukushima plant is the issue of how to dispose of growing quantities of contaminated water, around 400 tons of which are created every day in order to cool the damaged reactors.

Tepco, operators of the plant and Japan's biggest utility company, is currently storing enough contaminated water to fill more than 130 Olympic-sized swimming pools, mostly in tanks that have been hastily built.

The incident, the latest in a string of setbacks for officials attempting a decades-long decommissioning process, is reportedly the fourth major leak from storage tanks on the plant since the 2011 disaster and the biggest in volume.