The Central Bureau of Investigation (CBI) today submitted an affidivat before the Supreme Court admitting to government interference in the agency's report on the irregularities in the allocation of coal blocks by the central government. 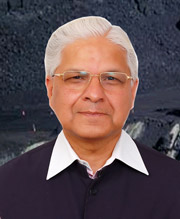 CBI director Ranjit Sinha today submitted an affidavit before the Supreme Court admitting that the agency's status report on coal allocation scam was "shared" with law minister Ashwani Kumar "as desired by him" and that senior officials of the PMO and the coal ministry had also seen it.

The UPA government, on the other hand, defended the law minister and rejected opposition's demand for his resignation in the wake of the CBI's affidavit filed in the Supreme Court.

The CBI counsel had claimed during a previous court hearing that the agency had not shared the report on the coal allocation scam with any member of the government – a misrepresentation of facts in the light of Sinha's two-page affidavit filed today.

On 12 March additional solicitor general Harin Raval on behalf of CBI had told the court that the probe report in the scam has not been shared with any member of the government and that it was only being vetted by the CBI director.

The SC then directed the CBI counsel that the agency file an affidavit to that effect.

"I submit that the draft (status report) of the same was shared with law minister as desired by him prior to its submission before the Supreme Court... It was also shared with one joint secretary level officer each of the prime minister's office and the ministry of coal as desired by them," the affidavit said.

Sinha also assured the apex court that the agency would not share further status reports on the coal allocation scam with any government politician.

According to the CBI director, the latest report being filed by the agency today was not shared with any political executive in "any manner whatsoever".

"I confirm that the present status report being filed in this court has not been shared with any political executive in any manner whatsoever.

"In respect of further status reports of the investigation and inquiry required to be filed in this matter before this court, I undertake and assure this court that the same shall not be shared with any political executive," the affidavit said.

However, since the latest report is a follow-up of the previous report, it cannot be considered to be wholly devoid of any political interference, as the agency wants the court to believe.

CBI had earlier submitted that there have been "arbitrary allotments without scrutiny" of coal blocks during the tenure of the UPA-I government while the government refuted the findings saying that the "CBI is not the final word on this."

CBI's status report filed on 8 March states that the coal block allocations during 2006-09 were done without verifying the credentials of companies and without any rationale.

The affidavit triggered a political storm and the opposition demanded his resignation, saying the law minister has no right to continue in office now.

Law minister Ashwini Kumar said, "Truth will prevail", while the CBI director said whatever he wanted to say on the issue was before the Supreme Court.

It was revealed that the allocations were made to a selected few and at random. The court had sought an explanation from the government as to why a small group of companies have been "picked and chosen" for allocation of coal blocks out of the large number of companies that applied for it.

The CBI, which was directed to probe the allegations, was also initially unwilling to share information in the case but was made to share status report on the scam probe with the apex court in a sealed envelope.

Hearing of the case is slated for 30 April.