Industry executives see energy independence for US in 15 years

An overwhelming majority of energy executive in the United States believes the country can gain energy independence in the next 15 years. 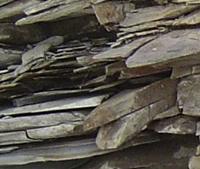 Nearly 70 per cent of executives at middle market energy companies see the potential for US energy independence within 15 years. But, they say, the regulatory environment, along with trouble in the financial world and opposition to fracking, could still dash hopes.

According to the study, `2012 US Energy Sector Outlook' by CIT Group and Forbes Insight, ''renewable subsidies are necessary and at the same time some problems are inevitable.''

The study is based on the views of more than 100 executives at middle market energy companies on the industry and their outlook for their companies, energy prices, and trends in the coming years.

''Executives believe this drive toward energy independence will be accomplished through a combination of approaches, such as expanding the use of natural gas, increasing domestic production of oil, and expanding the use of renewable natural resources. The optimism in this industry is fueling growth ? 85 per cent of energy executives intend to seek financing in 2012.''