After concerted efforts by the National Pharmaceuticals Pricing Authority to cap the prices of medical devices like stents and orthopaedic implants over the past several years, the government has now decided to hand over charge of drug price control to government think-tank NITI Aayog. 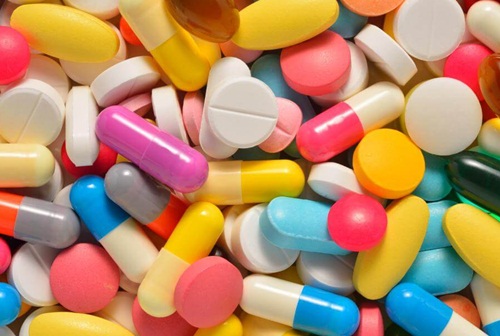 On Monday, the department of pharmaceuticals announced the constitution of a new Sanding Committee on Affordable Medicines and Health Products (SCAMHP), a move welcomed by pharma companies and flayed by activists in the healthcare sector.
Indian pharmaceutical industry, rattled by the decision of former NPPA chairman Bhupendra Singh, who used special powers conferred under Paragraph 19 of the Drug Price Control Order (DPCO) 2013, to slash prices of hundreds of drug formulations, which were not part of National List of Essential Medicines (NLEM), heaved a sigh of relief.
The seven-member Standing Committee on Affordable Medicines and Health Products has Vinod Paul, member-health, NITI Aayog, as its chairman. The committee will have chief economic advisor in the ministry of finance, secretary in the Department of Health Research, vice chairperson in the NLEM, joint secretary in the Department of Industrial Policy & Promotion, director general of health services, and a subject expert on biomedical devices/pharmaceuticals as members.
The committee will be housed in the NITI Aayog.
The NITI Aayog-led body will recommend prices to the NPPA on drugs and other health products. It can also take up matters suo motu for examination, or look into matters referred to them by other departments, which relegates NPPA to a mere implementing body.
The NPPA is currently an autonomous body and in the recent past has controlled the prices of drugs and devices – something even the prime minister has appreciated and credited several times.
“The direct implication is that the new committee has broad discretionary powers to intervene in any aspect, including those related to the functions of the NPPA, and these could be used to dilute the pricing regime,” says the All India Drug Action Network (AIDAN), which is fighting cases in court on making medicines more affordable.
The country’s chief economic advisor will also be on this new committee, along with two officials from the health ministry and one from the commerce ministry. They will also have one “subject expert” invited to the meetings, from the field of biomedical devices, pharmaceuticals or bio technology.
Although price fixing is essentially a measure to ensure that medicines are accessible and affordable to the public, the committee will only interact with “stake holders like civil society” whenever it is “considered necessary”.
Currently, the health ministry prepares the list of drugs which can have their prices fixed by the NPPA. This list is called the National List of Essential Medicines (NLEM) and the NPPA then fixes the prices of drugs on this list and monitors the prices of items not on that list. The NPPA is not part of the health ministry, but is part of the department of pharmaceuticals.
Several moves have been made in the last year to dilute and even dismantle the NPPA. The department of pharmaceuticals even floated a new pharmaceutical policy which had measures in it to dilute the NPPA.
NITI Aayog and the department of pharmaceuticals have been usurping various functions of the NPPA, In April 2018, NITI Aayog told the Prime Minister’s Office that the work of the NPPA should be fielded out to two committees, one for shortlisting essential medicines and another for fixing the price, although such a mechanism already exists.
MORE REPORTS