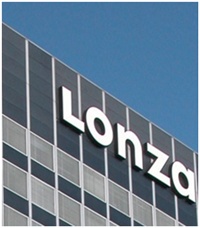 KKR, which had acquired Capsugel from US drug giant Pfizer Inc. in 2011 for $2.4 billion, had put the New Jersey-based capsule products maker on the block through an auction and had attracted health care, industrial and Asian suitors.

It has more than 4,000 customers in over 100 countries and 13 manufacturing sites and three research and development centers in nine countries across three continents.

Basel-based Lonza is one of the world's leading suppliers to the pharma & biotech and specialty ingredient markets.

Its products and services range from active pharmaceutical ingredients and stem-cell therapies to drinking water sanitizers, from industrial preservatives to microbial control solutions, bacteria and other pathogens, from the manufacture of vitamin B compounds and organic personal care ingredients to agricultural services and products.

The Swiss and Singapore-listed company has a market cap of $9.43 billion and generated sales of CHF 3.8 billion in 2015.

Lonza has recently been looking at acquisitions and had in August struck a deal to acquire InterHealth Nutraceuticals, a US-based maker of nutritional ingredients used in dietary supplements, for up to $300 million.