US health-care-services company McKesson Corp yesterday said that it has secured the acquisition of Celesio after the German drugs distributor's two largest shareholders decided to support the merger. 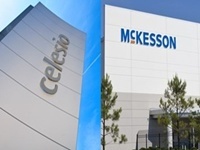 California-based McKesson said that it has secured about 75 per cent of Celesio shares, including those from bonds that convert into shares, after it reached separate agreements with Celesio's majority shareholders, the Haniel family, through its holding company Franz Haniel & Cie, and US hedge fund Elliott Management.

McKesson's offer of €23 ($31.7) per share was 43 per cent over the stock price of Celesio since speculation began in June that McKesson is close to finalising a deal. The transaction was subject to McKesson securing 75 per cent of the shares.

Although the Haniel family with 50.01-per cent stake,  had agreed to the deal, Elliott, which owned a 22.7 per cent as of late December, rejected McKesson's initial proposal as being too low.

Elliot later increased its stake in Celesio in order to allow the deal to go through after McKesson raised its offer to €23.50 per share.

Founded in 1835 as a chemist and dye business, Celesio is one of the largest pharmaceutical wholesalers in Europe and operates several pharmacy chains within Europe.

It has 132 wholesale branches, supplies 65,000 pharmacies and hospitals every day with up to 130,000 pharmaceutical products. Its services benefit a patient pool of about 15 million per day.

The Stuttgart-based company has 38,000 employees in 14 countries, catering to around over 2 million customers at 2,200 pharmacies.

A completed deal would boost McKesson's purchasing power in negotiations with global drug makers, and eclipse the $6.7 billion acquisition of a 45 per cent stake in UK drug wholesaler Alliance Boots in 2012 by US pharmacy chain Walgreen Co. (See: Walgreen to acquire 45 % in Alliance Boots for $6.7 billion)

The combined group is expected to have annual revenues in excess of $150 billion (€111 billion), approximately 81,500 employees worldwide and operations in more than 20 countries.

McKesson and Celesio deliver to approximately 120,000 pharmacies and hospitals in the US, Canada, Europe and Brazil, including more than 11,000 pharmacies that are either owned or are part of a strategic banner or franchise network.

McKesson expects annual synergies between $275 million and $325 million by the fourth year following the completion of the deal.

McKesson has recently gone on an acquisition spree and its latest purchase was carried out in October 2012 when it acquired PSS World Medical Inc for approximately $2.1 billion.

The company is the largest pharmaceutical distributor in North America with about one-third market share. It supplies to over 40,000 US pharmacies from Wal-Mart to community pharmacies and hospitals.

McKesson is also one of the leading medical supply companies and distributes medical-surgical supplies and homecare supplies.