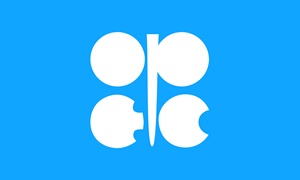 Oil producers are making a more concerted effort to foil consuming nations’ move to release crude oil from strategic reserves into the market to cool soaring prices. This means that prices of crude oil would remain unchanged or may even rise further as the producer cartel tries to limit production and leave supplies unchanged.
Oil prices, however, seem to be largely unaffected after several countries, including India, the US, Japan, China and Britain, ordered the release of strategic reserves in order to cool buoyant energy prices. Oil market also seems to have overlooked the prospect of extra oil output promised by Opec+ members in December.
This is because Opec+ has agreed to match supplies with release of strategic stocks by consumer nations so as to ensure that the market is not oversupplied. Any effort by consumer nations to match Opec+ production cuts would be unfeasible as these strategic reserves cannot be run down to any great extent.
India has agreed to release 5 million barrels of crude oil from its strategic petroleum reserves. This is the first time ever that India, which stores about 38 million barrels (5.33 million tonnes) of crude oil in underground caverns at three locations on the east and west coast, is releasing stocks to cool oil prices.
India is the world’s third-largest oil consumer and importing nation and has been severely impacted by the relentless rise in international oil prices.
The release of crude stock will happen in parallel and in consultation with other major global energy consumers, including the USA, People’s Republic of China, Japan and the Republic of Korea.
China will release crude oil from its reserves according to its own actual needs, Chinese foreign ministry spokesperson Zhao Lijian said on Wednesday, adding that the country is in close communication with oil-producing and oil-consuming countries to ensure a stable oil market.
Speaking at a daily press briefing, Zhao said China will also take other necessary measures to ensure market stability and publish relevant information in a timely manner.
US President Joe Biden said he had ordered the release of 50 million barrels of oil from the US strategic reserves in coordination with China and other Asian nations to try to cool prices after Opec+ producers repeatedly ignored calls for more crude output.
Oil prices, however, inched up on reports that Opec+ could adjust plans to raise oil production if large consuming countries release crude from their reserves or if the coronavirus pandemic dampens demand. Brent crude is trading at around $80 per barrel.
Almost all large consuming countries, including the US, China, India, Japan and Korea, feel that high prices are starting to produce unwanted inflation and undermine recovery from the Covid-19 pandemic.
Retail petrol and diesel prices in India shot up to record levels earlier this month forcing the government to cut taxes, costing it Rs60,000 crore in revenue this year.
Japan has also signalled its readiness to release oil stocks.
As one of the world's major oil producers and consumers, China has long attached great importance to the stability of the international oil market, and is willing to maintain communication with all relevant parties to maintain market balance and long-term stability, strengthen cooperation, and jointly deal with the challenges, he added.
Opec and other producers, including Russia, known collectively as Opec+, have been releasing around 4,00,000 barrels per day in the market on a monthly basis, which is insufficient to cool prices that had been rising as demand returned to pre-pandemic levels.
India has for long been demanding that the pricing of liquid hydrocarbons should be reasonable, responsible and be determined by market forces. India has repeatedly expressed concern at supply of oil being artificially adjusted below demand levels by oil producing countries, leading to rising prices and negative attendant consequences.
MORE REPORTS