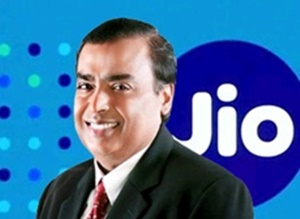 With this, Reliance Industries, led Asia’s richest man by Mukesh Ambani, also toppled ExxonMobil in market capitalisation and emerged the world’s second largest oil company after Saudi Aramco.
Reliance Industries, which manages the biggest refinery complex, gained 4.3 per cent in Mumbai on Friday adding $8 billion to take its market value to $189 billion, while Exxon Mobil lost about $1 billion in market cap.
Reliance’s shares have jumped 43 per cent this year compared with a 39 per cent drop in Exxon’s shares as refiners across the globe struggled with a plunge in fuel demand.
RIL had a total market capitalization of $189 billion against ExxonMobil’s m-cap of $184.7 billion.
Aramco with a market capitalisation of $1.76 trillion is the world’s biggest energy company.
RIL has seen its combined market capitalisation nearly double in the past two years, as investors piled into the conglomerate lured by its digital and retail push.
While the energy business accounted for about 80 per cent of Reliance’s revenue in the year ended 31 March 2020, chairman Mukesh Ambani plans to expand the company’s digital and retail businesses. The newly created digital arm, Jio Platforms Ltd, has helped him attract $20 billion in private capital. That in turn also added $22.3 billion to Ambani’s wealth this year, propelling him to the fifth spot in the Bloomberg Billionaires Index.
Ambani’s new digital platform has lured investments from the likes of Google and Facebook to Middle East sovereign wealth funds.
While the oil business is facing a downturn with global demand destruction, which has left millions of barrels of unsold crude and hitting refinery throughput, RIL still has multiple deals in terms of a stake sale in its retail venture and a potential sale in oil-to-chemicals (O2C) business segment.
MORE REPORTS