Ahead of 2+2, India's oil imports from US soar as Iran oil keeps flowing

India has stepped up oil imports from the United States even as it allowed state-run refiners to continue import of Iranian oil ahead of the US embargo on Iran trade and the upcoming 2+2 dialogue between India and the US. 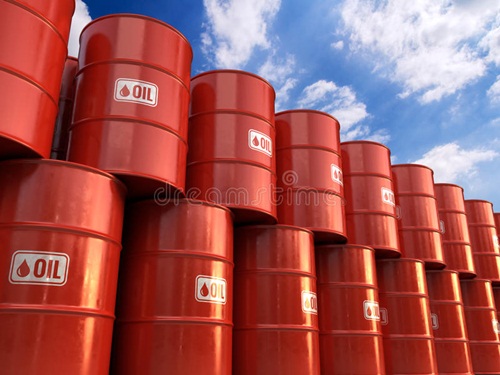 Tehran is arranging tankers and insurance through National Iranian Tanker Co (NITC) after foreign insurers and shipping companies, including the country's own Shipping Corporation of India (SCI), halted voyages to Iran following the US sanctions, sources said.
The US is expected to discuss with India a whole gamut of issues, including trade gap, defence collaboration, homeland security etc in Indo-US 2+2 dialogue.  Officials from both countries are reported to have already discussed a draft plan on six areas.
While oil importers will not en masse desert Iran, the moves by India and China - the two top buyers of Iranian crude - indicate that the Islamic Republic may be able to keep oil exports unless physically stopped from doing so, when US sanctions against Tehran's oil trade are due to start.
New Delhi is heavily dependent on Iran for oil supplies and almost 25 per cent of its crude oil needs are met through imports from Iran.
However, reports quoting government officials said the US trade deficit with India had been brought down by over $1 billion last year and India will also be importing oil worth $2.5 billion from the US this year, as part of its efforts to trim the deficit.
Indian importers turned to NITC after most insurers and reinsurers with large exposure to the United States begun winding down services for Iran, for fear of falling foul with the sanctions.
SCI ended its contract to import Iranian oil for Mangalore Refinery and Petrochemicals Ltd (MRPL) when the term expired in August, while Eurotankers, which had a deal with MRPL to import two Iranian oil cargoes every month, said it cannot undertake Iranian voyages from September, according to reports.
Indian oil companies have now been given permission to buy Iranian oil on a CIF (cost, insurance and freight) basis, as the risks involved will be borne by Iranian companies. Under the CIF arrangement, Iran provides shipping and insurance, enabling Indian refiners to continue purchases of the country's oil without worrying about insurance cover.
The move would benefit Indian Oil Corp (IOC), Bharat Petroleum Corp Ltd (BPCL) and MRPL, which plan to lift Iranian cargoes during the rest of the fiscal year ending on 31 March.
Meanwhile, India has taken steps to lower its trade surplus with US through additional oil imports and defence collaborations, both of which will feature prominently in New Delhi’s agenda in the first Indo-US 2+2 dialogue on Thursday, reports quoting government officials said.
Immigration-related issues and cooperation in counter-terrorism operations will be the other prominent areas that will be discussed by the minister of external affairs, Sushma Swaraj, and defence minister, Nirmala Sitharaman, in their talks with their respective American counterparts, US Secretary of State Michael R Pompeo, and Defence Secretary James N Mattis.
New Delhi hopes to “sensitise’’ the US on the issues faced by India in the area of oil imports and the important role Iran has to play. “We want to make the point that India is heavily reliant on oil imports for its consumption needs and 83 per cent of its oil comes from external sources. Of this about 25 per cent is imported from Iran, which has been a reliable and cost-effective source,” reports citing officials said.
For India, pricing of oil is an important issue as it affected the economy in many ways, including economic growth and inflation.
A sudden shift to other crudes will hit refiners who will have to make technical adjustments to refineries in case a new form of crude is imported as it would require time, effort, and resources.
MORE REPORTS