Abu Dhabi National Oil Company (ADNOC) on Monday signed an initial agreement to pick up a stake in the upcoming $44-billion Ratnagiri refinery in Maharashtra, joining another Gulf partner, Saudi Aramco, to expand into downstream business and find demand for its products. 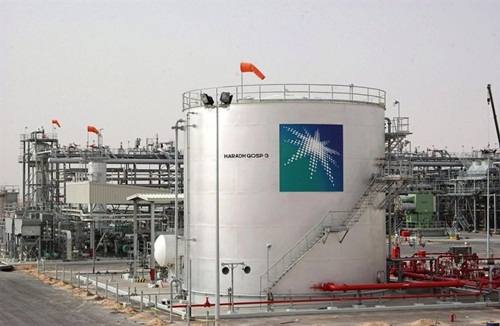 The 60 million tonne-a-year Ratnagiri refinery project, the largest in India, is expected to come on stream by 2025, although the project has its detractors, including environmentalists and local politicians.
“Saudi Aramco and ADNOC will together hold 50-per cent stake. The terms are being discussed,” Aramco CEO Amin Nasser told reporters after signing the pact.
ADNOC has delayed signing the investment pact for a month as it was to be signed during oil minister Dharmendra Pradhan’s visit to United Arab Emirates (UAE) last month.
Saudi Aramco had in April signed an agreement to take up to 50-per cent stake in the Ratnagiri refinery project, but with a condition that it would dilute the stake at a later date, in favour of another strategic investor.
Aramco CEO Amin , however,  did not give the exact split of stake between Aaramco and ADNOC. "Between us it is 50 per cent and terms of how much percentage for each is being discussed between the two partners."
Aramco had an earlier agreement to supply half the crude oil required for the refinery, but now the stake has been pooled with ADNOC, the Abu Dhabi oil company will supply part of the crude for the Ratnagiri refinery that will be commissioned by 2025.
India’s state-owned refiners — Indian Oil Corp Ltd, Hindustan Petroleum Corp Ltd (HPCL) and Bharat Petroleum Corp Ltd (BPCL) — will own the remaining 50 per cent stake.
Both Aramco and ADNOC are looking to lock in customers in the world’s third-largest oil consumer through the investment. Kuwait too is reported to be looking to invest in refinery projects in return for getting an assured offtake of their crude oil.
Last year, Saudi Arabia invested in refinery projects in Indonesia and Malaysia that came with long-term crude oil supply deals.
Saudi Arabia was the biggest oil supplier to India till 2016-17, but slipped behind Iraq last fiscal. It had supplied 39.5 million tonnes of crude oil to India in 2016-17, ahead of 37.5 million tonnes by Iraq. But in the first 11 months of 2017-18 fiscal, Saudi supplies at 33.9 million tonnes lagged behind Iraqi exports of 42.4 million tonnes to India.
United Arab Emirates (UAE) supplies a small quantity of oil to India. Saudi Aramco is also keen on venturing into fuel retailing in India.
India has a refining capacity of 232.066 million tonnes, which exceeded the demand of 194.2 million tonnes in 2016-17 fiscal. According to the International Energy Agency (IEA), this demand is expected to reach 458 million tonnes by 2040.
Indian Oil has 11 refineries with a total capacity of 81.2 MT, while BPCL has four refineries with a total capacity of 33.4 MT. HPCL has three refineries with a total capacity of 24.8 MT.
MORE REPORTS