Petrobras agrees to pay $2.95 bn to settle US class action

Brazil's state-controlled oil company Petroleo Brasileiro SA (Petrobras) on Wednesday agreed to pay $2.95 billion to settle a US class action corruption lawsuit, in what is considered the biggest such payout in the United States by a foreign entity. 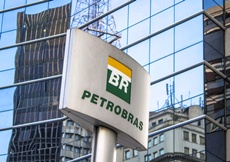 The settlement will compensate US investors who lost money when a massive corruption scandal eroded the oil giant's market value. It will end a three-year legal battle with holders of Petrobras's American Depositary Receipts and bonds who filed lawsuits claiming large losses after Brazilian prosecutors exposed a wide-ranging money-laundering and kickback scheme involving the company in 2014.

Petrobras, settled the dispute sooner and at a lower cost than observers anticipated, said Bruno Montanari, a Sao Paulo-based analyst at Morgan Stanley. The agreement also removes some of the uncertainty about liabilities and will allow the company to better plan how it uses future cash flow, he said in a report on Wednesday.

''This is materially lower than our initial expectations of $10 billion,'' Montanari wrote. ''We were positively surprised to see the settlement take place early in the year.''

The accord, which still requires final approval from a judge, represents the largest US class-action settlement in a decade, said Jeremy Lieberman, a co-managing partner at law firm Pomerantz LLP, the lead counsel for the plaintiffs. He declined to say how much Pomerantz will receive from the settlement.

Petrobras was at the heart of a Brazilian corruption probe dubbed Carwash that spread to other industries and countries, implicating construction companies, banks, shipyards and leading politicians.

''This has been one of the most important overhangs for Petrobras, especially for the extremely high uncertainty around the values of the liability,'' Rodolfo Angele, a JPMorgan Chase & Co. analyst, said in a note to clients. ''The settlement puts an end to that uncertainty.''

The settlement, smaller than many analysts anticipated, was an important milestone for the oil firm as it tries to emerge from the scandal that has entangled two former Brazilian presidents and dozens of the country's corporate executives.

But the deal reduces chances the world's most indebted oil company will pay a dividend for 2017, much anticipated by investors who have not seen such a payment since 2014 when the scandal came to light, according to a Reuters source.

A case that rocked Brazil
For the last four years Brazil has been rocked by the so Carwash investigation into kickbacks from contractors to executives of state-run companies and politicians in return for public projects.

Moody's brushed off concerns about the impact of the fine on the company's balance sheet, noting it was expected to generate some $30 billion in cash this year and make capital investments of around $15 billion.

''Petrobras' liquidity position is adequate and the payment of the agreed class action settlement amount is not a material concern,'' it said.

The deal came as the US Supreme Court was set to consider on Friday whether to hear Petrobras' appeal of a lower court decision certifying the case as a class action. Petrobras said it and the investors would ask the Supreme Court to put off considering the case while the settlement awaits approval.

Investors had sued Petrobras after prosecutors in Brazil accused executives of accepting more than $2 billion in bribes over a decade, mainly from construction and engineering companies.

In a securities filing on Wednesday, Petrobras claimed it was a victim and denied wrongdoing, adding that it has only recovered 1.475 billion reais ($455.77 million) for itself from the Carwash investigation.

But its market value has plunged as its central role in the scheme continues to be unwound by investigators.

Petrobras said it hoped the settlement would resolve all investor claims in the United States where 13 individual lawsuits remain open, following settlements in 20 other cases.

The accusations relate to possible irregularities in the contracting process for three drilling ships, according to a legal filing by the regulator last Friday.

Among the accused in CVM's filing are former Petrobras chief executives Maria das Gracas Foster and Jose Sergio Gabrielli. Neither could be reached for comment.