After consecutive hikes in auto fuel prices for the past few months and daily revision in retail prices that had increased the price of petrol by Rs7.8 to Rs70.88 a litre in Delhi - the highest since August 2014 - and that of diesel by Rs5.7 to an all-time high of Rs 59.14, the centre has now announced a Rs2 per litre reduction in the prices of petrol and diesel. 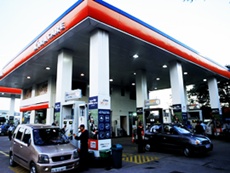 The decision comes after public outcry over the ever increasing prices of petrol and diesel after the government increased excise duty on auto fuels nine times after the fall in crude prices and has now allowed state-run oil marketing companies to revise fuel prices on a daily basis.

The excise duty cut would cost the government Rs26,000 crore in annual revenue and about Rs13,000 crore during the remaining part of the current fiscal year that ends on 31 March 2018, according to an official statement announcing the reduction.

The centre had, between November 2014 and January 2016, raised excise duty on petrol and diesel on nine occasions, denying any gains to the consumer from plummeting global oil prices since early July.

It was the windfall from the excise duty hikes that helped the government bridge its budgetary deficit.

"Govt of India has reduced Basic Excise Duty rate on petrol and diesel (both branded and unbranded) by Rs2 per litre w.e.f. 4th October,2017," the finance ministry said in a tweet.

On petrol, the government currently levies excise duties totalling Rs21.48 per litre and on diesel Rs17.33 per litre.

"This decision (to cut excise duty) has been taken by the government in order to cushion the impact of rising international prices of crude petroleum oil and petrol and diesel on retail sale prices of petrol and diesel as well as to protect the interest of common man," the statement said.

The rise in petrol and diesel price, it said, also reflected in wholesale price inflation, which has increased to 3.24 per cent in August 2017, as compared to 1.88 per cent in July.

India relies on imports to meet 80 per cent of its needs and so domestic fuel rates have been aligned to movement of equivalent product prices in the international market since April 2002.