Consolidation of smaller oil PSUs via M&As in offing 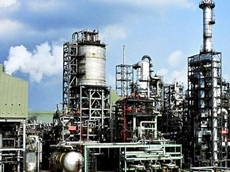 "The government has laid the policy. Integration is the need of the hour. Globally, M&A is the trend in the oil industry. With the policy in place, companies will chalk out mergers and acquisitions in accordance to their strength and weaknesses. We will see M&A activities in the public sector oil industry in the coming days," petroleum minister Dharmendra Pradhan told The Times of India.

The idea is that the major retail and upstream brands will be retained, the report says. It will be the smaller and standalone firms that will be merged to fit the missing links in the hydrocarbon value chain of each brand.

"The proposal will provide scale and muscle, which can be leveraged in the global market," GAIL chairman B C Tripathi said. ONGC chairman D K Sarraf said the new entity could have a market capitalisation of about $80-90 billion and compete with global giants on its own.

The merger route - whether by creating a holding company as in the case of Coal India Ltd or individual M&As - is yet unknown and will have to take into account the different culture, expertise and compensation of each. There are 13 oil PSUs at present. The top eight listed PSUs have a combined market cap of $80 billion, and a merged entity would become the ninth largest globally.

A merger plan involving the five biggies - IOC, ONGC, BPCL and HPCL and GAIL - was first tossed around informally during the Atal Bihari Vajpayee government's tenure when Ram Naik was the oil minister. Subsequently, Mani Shankar Aiyar revived the plan during the UPA-I regime.

But in September 2015, a panel on recast of PSU oil companies did not favour mergers, and instead suggested greater autonomy by transferring government shareholding to a professionally managed trust. The Advisory Committee on Synergy in Energy, headed by V Krishnamurthy, said M&As worldwide occurred during times of low oil prices and were instruments of eliminating excess workforce and duplicate facilities.

Away from the big-ticket merger announcement, the Budget gave a fillip to energy security by sanctioning two more strategic oil reserves at Chandikhole in Odisha and Bikaner in Rajasthan to take the reserve capacity to 15.33 million tonnes. This will raise India's storage to 90 days' consumption, on a par with the international benchmarks.

The idea of a gas-based economy received a boost in reduction of basic customs duty on liquid gas imported in ships (LNG) from 5 per cent to 2.5 per cent. "This will benefit power, fertiliser consumers," Tripathi said.