Saudi Arabia has ruled out chances of any cut in oil production by members of the Organisation of Petroleum Exporting Countries (Opec) or outside the grouping to lift prices of crude oil and avert catastrophe in the oil market, with oil producers agreeing more to cheat on agreements than implement them. 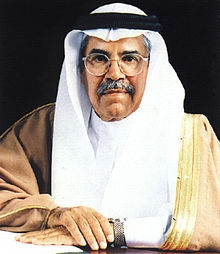 "It's not going to happen," said the country's oil minister, Ali Al-Naimi, dashing hopes of a quick reprieve for the growing supply glut.

"They will not deliver, so there is no point wasting time," he said, speaking at the IHS CeraWeek forum of energy leaders in Texas.

Brent crude fell by almost $2 to $33.25 a barrel within minutes of Naimi's comments. His words were clearly aimed at Russia and Iran, Saudi Arabia's bitter adversaries in the war in Syria and the larger Shia-Sunni battle for dominance in the Middle East.

The Saudis suspect that the Kremlin cynically violated an informal deal in 2001 to cut output, leaving the Gulf states to bear the full brunt.

It is unclear whether last week's deal between Saudi Arabia and Russia to freeze output at current levels has any meaning after Iran's oil minister, Bijan Namdar Zanganeh, described the freeze as a "ridiculous" ploy to put pressure on Tehran as sanctions are lifted and Iran prepares to boost exports by 500,000 barrels a day.

Naimi, however, struck a positive note, saying the freeze is the beginning of a process that will lead to a fresh meeting in March and may ultimately include a broader group of countries within Opec and the rest of the world.

Alluding to Iran, he said that "common sense and the need for more money" would eventually force it to the table.

Naimi denied that Saudi had any intention of flooding global markets with excess crude in order to wean away investors from costly shale oil production.

"Let me say for the record, we have not declared war on shale or on production from any given country or company. It is a simple case of letting the market work," he said, adding that old-fashioned discipline will flush out the weakest and force them into bankruptcy. "It sounds harsh, but it is the most efficient way to rebalance markets. Cutting low-cost production to subsidise higher cost supplies only delays an inevitable reckoning," he said.

Saudi Arabia will shift gear only if there is a "market failure" or a bout of "extreme volatility", Naimi said, without clarifying where this threshold lies.

Naimi insisted that US shale will ultimately be needed to meet demand growing by 1.2m barrels a day once the current glut is cleared.